If you were to summarize the legacy of Jann Arden, the definitive description would be “Communication”.

Aside from recording 17 albums (12 studio, three compilations, two live recordings) the Calgary native has penned no less than five best-selling books, starred in her own CTV television sitcom (going into its third season), guest-starred in a number of other popular tv series (Ellen, Corner Gas, Robson Arms, Working Moms, The Rick Mercer Report to name just a few), has won eight Junos and 10 SOCAN awards and has received a number of plaudits including a star on Canada’s Walk Of Fame (2006), an Order Of Canada recognition (December 2017) and in 2020 Jann was inducted into Canada’s Music Hall Of Fame.

Arden will continue her communication aspirations Thursday, May 20th when she executes a livestream performance at 8 p.m. EST and 5 p.m. PST, tickets ranging from $25 to $80 for her candles and show package which includes receiving an exclusive Jann Arden candle, a copy of her latest “Hits And Other Gems” CD plus a special events postcard. Those who want more of a personal experience can spring for the $185 VIP package which includes all of the previous items plus a direct video call with Jann following the concert. Tickets are available by linking to JannArden.com.

So considering that a key component of any Jann Arden concert is her conversations with the audience, how is she going to deal with singing to an empty warehouse? “I don’t need anyone to talk to, everything is going to be fine,” noted Arden on the phone from her Calgary residence. “I’m going to be singing to a television audience wearing their sweat pants in their basement with a blanket hanging on the wall. It’s a great way to reconnect with people, cheer them on and let them know that the world is still turning around.”

Arden notes that her setlist will lean towards nostalgia but there will be a few surprises including a cover of Paul McCartney’s “Lavatory Lil” off of his latest album plus a version of The Cure’s “Lovesong” which she covered as a duet with Scott Helman on his Hotel Sessions release.

“For the most part, it’s about people placing themselves when things were a little easier, just a little different than they are now. I could have done some weird setlist, I mean I have 17 albums to choose from, it’s not always easy to put song lists together at the best of times but I knew it was something I wanted to do. To sing songs that people are familiar with, that they have a relationship with. It’s about making people feel good about themselves.”

By all accounts, the last couple of years have been rough on Arden, she had to deal with the dementia of both parents which was later diagnosed as Alzheimer’s Disease, her dad passed in September 2015 and her mom Joan died in December 2018, the experience of Jann taking care of her ailing mother poignantly detailed in her best selling fourth book, ‘Feeding My Mother – Comfort And Laughter In The Kitchen As My Mom Lived With Memory Loss’

“The first time I wrote about my Mom on Facebook, I didn’t know what was happening, I was so confused by her forgetting things, I couldn’t believe it,” Arden confessed. “But that first time I posted something, I got like over a million people reading that post in like 24 hours and had something like 14,000 comments, it was like reading a novel. I’d read like about 20 of them, bawl my head off and then read another 20.  I realized that oh my god, there are hundreds of thousands of people going through this, So I decided to compile all of this stuff into a book but I never dreamed it would have the impact that it did. So when people bump into me at the supermarket, they don’t want to talk about my music, that’s a given, they want to talk about that book and how it has impacted their lives”. 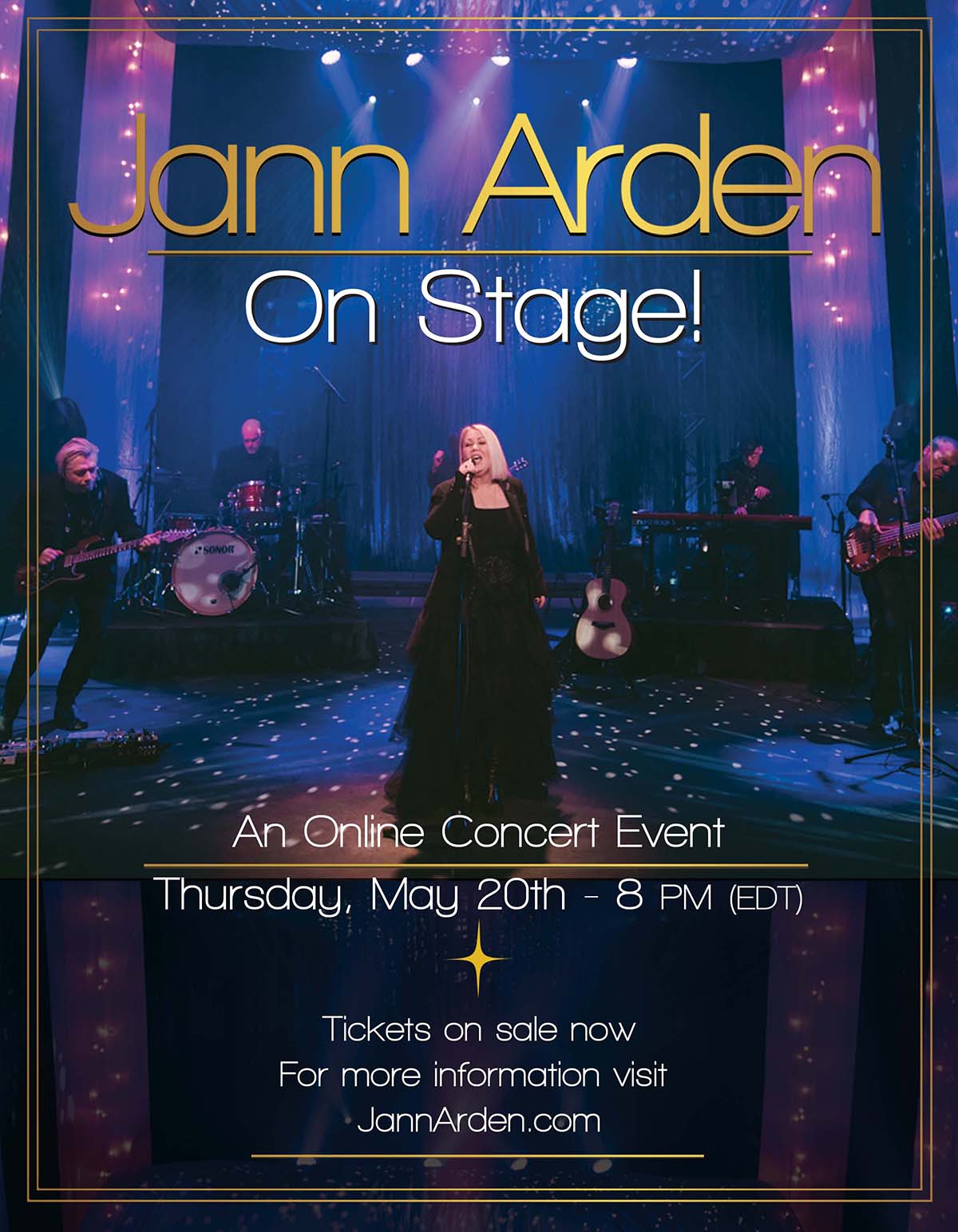 “Feeding My Mother” is only one of five books penned by Arden, and surprisingly, none of them are autobiographical about her career in the music industry. “I don’t write about the music industry at all, even my first book `If I Knew, Don’t You Think I’d Tell You’ published in October 2002 I only wrote up until receiving my first record deal. To me, the most boring thing on the planet is for me to write about events and people that I knew or how to make this record, I just yawn, I’d rather kill myself.” Arden’s latest book, published late in 2020 is titled `If I Knew Then, Wisdom In Failure And The Power Of Aging.

Aside from her new book, Arden released her latest album last year, `Hits And Other Gems’, completed her third season of the popular `Jann’ television series on CTV and was inducted into Canada’s Music Hall Of Fame.

“I was shocked when CARAS President Allan Reid told me I had been inducted,” beamed Arden, who will be officially inducted at this year’s virtual Juno’s telecast on June 6th after last year’s show was postponed due to the COVID-19 epidemic. “It’s an honour and I feel good about getting in because for me, it’s never been about “and the best singer award goes to…and the best song of 1999 goes to… It has nothing to do with that, it’s about a body of work. There are so many people, younger than me who have been inducted. It’s just about doing your own thing and having a unique voice, not catering to what you think you are supposed to be.” 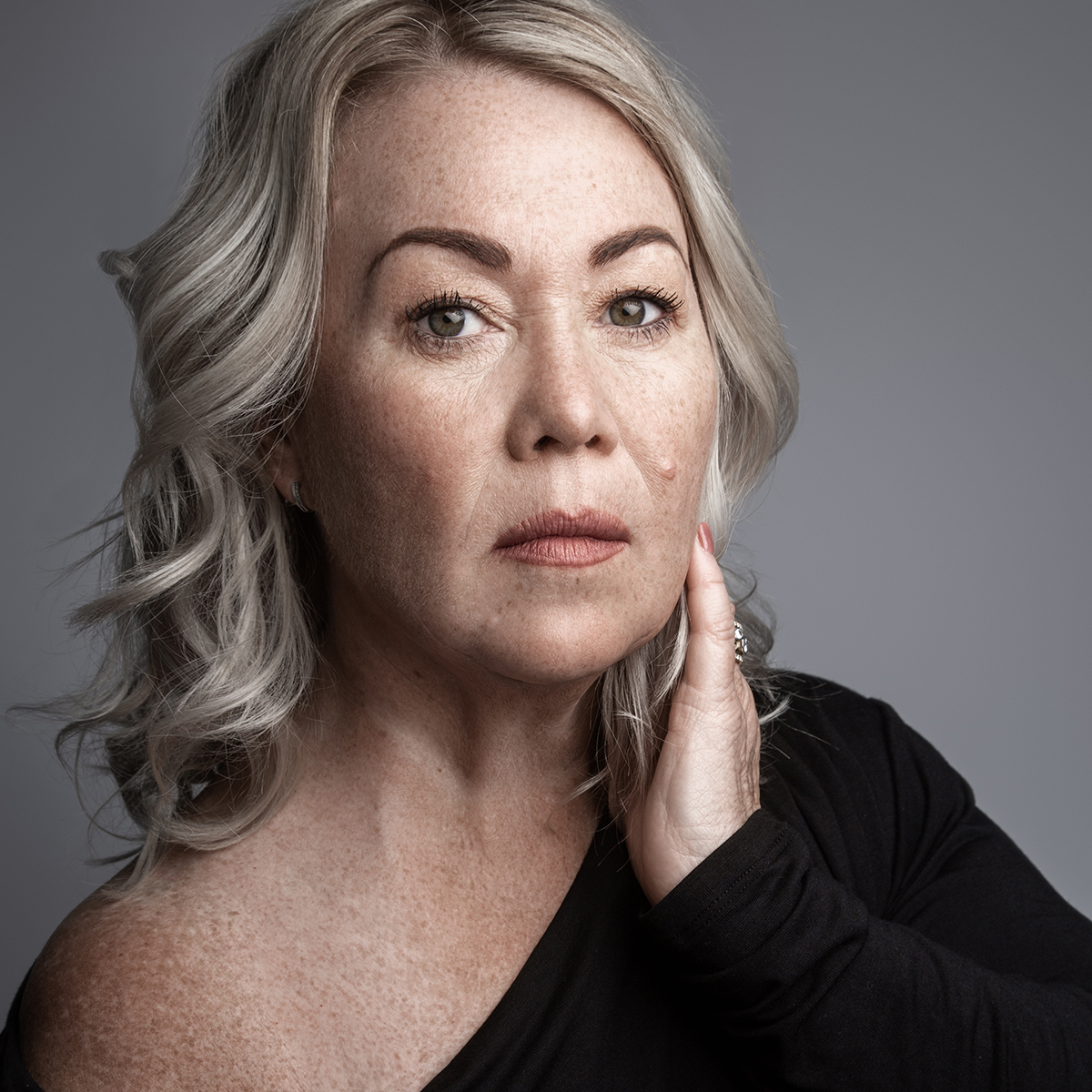 Besides her music, concerts and book writing exploits, Arden has become a regular on Canadian sit-com television shows, has served as guest judges on The Launch, and Canada Sings as well as hosting The Social and who can forget her exploits dangling off Toronto’s CN Tower with Rick Mercer on a memorable segment of his Mercer Report program. She has been constantly harassed about starring as host of a talk show, a la Kelly Clarkson but Arden wanted to tackle something more challenging so she opted to star in her own Jann sit-com which is now set to air the third season on CTV, with guest appearances by Sarah McLachlan, k.d Lang, Elisha Cuthbert and Keshia Chante.

“It’s so stupid and so much fun and came as such a delightful surprise at this point in my life,” enthused Arden about the sitcom which is based on a fictionalized account of her life. “I am surprised that there are people who are prepared to come along with me, suspend their imagination and enter a world they know really doesn’t exist but I am willing to take the piss out of myself,” Arden enthused. “I always look terrible, I say to the writers, `do you go out of your way to make sure I wear outfits that make me look bad.”

A bonus for Arden is that CTV agreed to shoot the show In Calgary “at a time when my mother was perishing before my eyes. So they agreed to shoot It literally 20 minutes away from where I live”.

Arden has also launched a successful podcast titled The Jann Arden Podcast on iheart Radio in which she gets to `communicate’ on all sorts of various topics.

It’s a testament to Arden’s communication skills that she’s won virtually every honour going including an Order Of Canada medal from the Canadian Government in December 2017, even though she called the new premier of Alberta Jason Kenney a fucking turd. “When the honour was announced, I called up my manager Bruce Allen and said I think we have a problem. ‘He said, okay what have you done,’ and I said I called Jason Kenney a fucking turd. But Bruce said that’s exactly WHY they did give you that award and that made me laugh.”