As JJ Wilde swung back into action with two live-stream concerts from Toronto’s Danforth Music Hall Saturday, June 12th and Sunday, June 13th, Kitchener’s JJ Wilde celebrated an amazing week’s activities where she formerly grabbed her share of the spotlight at the 50th Annual JUNO Awards by claiming the Top Rock Album JUNO Award for her “Ruthless” release issued on Black Box Recordings.

Wilde is the first female to claim that award since Alanis Morrissette triumphed 25 years ago with her “Jagged Little Pill” release. Ironically, Wilde is paving the way with controversial lyrics and videos off her latest EP, titled “Wilde” which featuring subject matter like “Best Boy” which appears to be a reverse spin on a typical Motley Crue video and the graphically sexual lyrics contained in “Someone Under You” which follows a similar theme as Morrissette’s “You Oughta Know”

“That song is about the aftermath of a broken relationship,” related Wilde (a/k/a Jillian Dowding), “And you want to know what they are doing and what’s going on. For me, it’s like going into a place internally, inside your head. No one wants to say it but everybody thinks about it.” 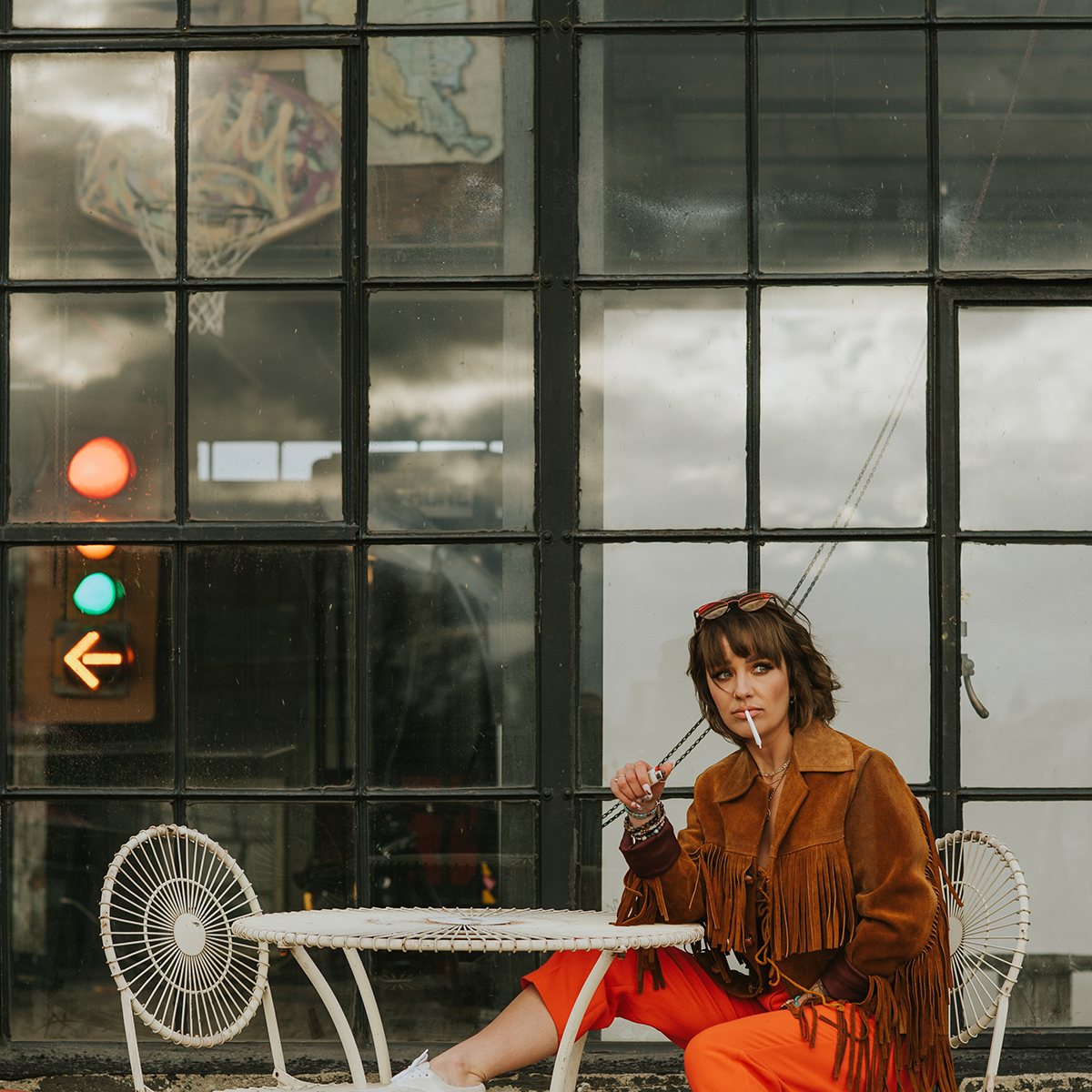 Wilde freely admits that the vast majority of her raw, emotional lyrics are based on personal experiences that initially weren’t very pleasant. “My music always comes from personal experiences and how I view things,” she noted. “A lot of the songs off my debut album are emotional and raw. I was in a very vulnerable place at that time. I wasn’t doing too good, a lot of those songs are about that and overcoming obstacles. But writing songs was always something that pushed me to keep going.”

At the age of 26, with three part-time jobs on the go, Wilde decided to attend a career counselling session at Kitchener’s Conestoga College to evaluate possible career options. “So this nice lady is explaining all of these career opportunities. But I had this feeling in the pit of my stomach that I didn’t want to be doing any of these things but I did realize that what I was doing wasn’t working. So at the end of that appointment, I made a decision that it’s all about myself, I didn’t want to look back after five or 10 years and think, what would have happened if I had just stuck with it.”

One of those part-time jobs was working as a bartender at Maxwell’s Concert and Events venue in Waterloo Ontario for five years where she also occasionally performed with her first band; The Royal Streets. Venue owner Paul Maxwell has vivid memories of a teenage Wilde packing his venue on indie nights. “I could see she had the desire to succeed,” he noted. “We are all thrilled by her Juno win.”

A meeting with Jason Murray provided Wilde with much-needed management and career guidance and a recording deal with Toronto Indie label Black Box Recordings lead to her 2018 four-song EP debut “Wilde Eyes And Steady” which spawned an immediate hit single; “The Rush” which soared to No 1 on three separate rock charts.

Considering that when you think of Canadian rock artists, you automatically think of the likes of Rush, Triumph or even Loverboy or The Tragically Hip but the arrival of JJ Wilde along with label mates The Glorious Sons and Breakthrough Artist winners. Crown Lands, suggests a new wave of domestic rock talent has arrived on the scene. In the case of Wilde, she acknowledges the production direction of Denmark’s Frederick Thaae with establishing her musical direction.

“When I had my first sessions with Frederick Thaae that sound just evolved organically” enthused Wilde. “The guitar tones, the crashing drums, I was just drawn to it. We had so much fun writing those songs, a push in that direction was very easy for me.”

Wilde rolled those first four songs “Wired,” “The Rush,” “Gave It All” and “State Of Mind” into her debut album release, adding seven more songs and issued `Ruthless’ which also chalked up a Jim Beam Indie Award For Top Alternative Rock Group to go along with her Juno win.

With the pandemic putting all touring on hold and with a plethora of material to draw from, Wilde decided to release a new EP, “Wilde” containing six new songs including the afore-mentioned “Best Boy,” “Someone Under You,” “Bushwood,” “Off The Rails,” “Mercy” and her Tom Petty/Stevie Nicks cover “Stop Draggin My Heart Around”.

“Stevie Nicks and Tom Petty are rock legends,” noted Wilde in discussing the cover she recorded with Glorious Sons’ frontman Blake Emmons. “In discussing how we would record that track, you don’t want to change a classic but you do want to put some kind of personal spin on it,” she allowed. “We were thinking of speeding it up a bit, make it kind of grungy. But when I heard the instrumental tracks that Frederick Thaae submitted it was like, ‘my gosh’ I can’t wait to sing on that.”

Wilde explained that the pandemic gave her additional time to spend with Thaae in his Los Angeles studio and allowed to elevate the quality of her new EP’s production. “It’s still my songs, clearly me and my style but we had more fun with the sessions. Because we had the extra time with the production, we were able to sit with the songs and mull them over while allowing us to fine-tune them.”

Creating controversial videos has also been a JJ Wilde trademark. The video for “Funeral For A Lover” off her “Ruthless” album featured a naked Wilde singing the song while lying in a bath while “Best Boy” provides a spin on a typical Motley Crue video with assorted men in various states of undress trying to seduce equally unclothed women.

“It’s a commentary on how women are supposed to look a certain way in videos and for me, this is just a poke at that standard and to flip those standards on their heads,” Wilde noted.”The night before I shot the video I was a little nervous thinking what happens if people don’t take me seriously, am I putting myself out there and over-sexualizing myself! But then I thought, this is exactly why I am making this video. No woman should have to ask those questions, if that’s what they want to do, why can’t they do it. Afterwards, I felt so empowered, this was the reason I did what I did.”

Wilde noted it had been quite a week, winning her Rock Juno and then performing her two-night live-stream stint at the Danforth as she prepares for a Fall Canadian tour with label mates The Glorious Sons before heading for an extensive U.S tour with LA’s Recording Company. Future dates for Wilde and band members Steve Laverty (bass/keyboards), John Smigelski (guitar), Daniel Bossenberry (guitar) and Mitchell Milley (drums) also include a 2022 date at England’s prestigious Download Festival with Iron Maiden headlining.

The question remains to be answered though. Considering the source of Wilde’s songwriting inspiration has been a reaction to her adverse environment, what happens when those conditions improve?

“I remember when I was writing that first album, I was getting myself into situations I knew were bad. But I also know it was inspiring me to make good music,” reflected Wilde. “But even now that I’m in a much better place, I still write from emotional and personal experiences. I am a very emotional person.”