An undeniable staple in Canadian country rock since 2004, The Road Hammers (singer/guitarists Jason McCoy and Clayton Bellamy, and bassist Chris Byrne) have had six Top 10 hits and nine Top 20 singles, amassed over 25 million streams and collected five CCMA Awards and one Juno Award along the way. After a two-year hiatus, the band reminded fans of the classic Hammers sound and raw energy with the release of their single “The Boys Are Back At It” earlier this spring. This was just the tip of the proverbial iceberg, however, as the group has returned in a big way with “Back At It”, an EP that simply demands it be accompanied by fist pumps and air guitar. The really big news is that they’re again delivering the goods to live audiences and Jason McCoy is still pumped from their show in Edmonton a couple of nights ago.

“Yeah, it’s a really good feeling,” he says on the phone from his home in Barrie. “We kicked the show off with “The Boys Are Back At It” which seemed fitting. That song was around before the Covid outbreak and, as we started to see a light at the end of the tunnel in terms of the pandemic, we knew it had to be the first song on the EP. We played the Calgary Stampede about a month ago and we did another show in Bonnyville Alberta. I thought when we were getting back to normal it was going to be a case of everyone being all crammed in again, but it’s not happening like that. There’s some good separation and they’re keeping people in their groups. We’re learning to rock at a distance.”

Known for their energetic and highly entertaining live shows, the band has become an international fan favourite, touring extensively and lighting up audiences in North America, Europe and Australia. For The Road Hammers, it really is all about the fans rather than trying to tap into trends or what’s being played on the radio.

“It’s wild, as far as the fans go. I remember when we started this it was just supposed to be a one-off album for fun to see what happened. Now we have people with tattoos of the band on them. It’s really insane but it’s fantastic and that’s what makes a long career. It’s not the music, it’s the people who like it.

“Trends come and go on radio and we’ve been around long enough to see several of those cycles,” he continues. “If we were to keep chasing those we’d be the odd man out every time because we have a certain sound and vibe that hit when it did and our fans are still with us. It means that radio doesn’t have to embrace every one of our singles. As long as we don’t lose what made us want this and made us interesting and different in the first place, then we’ll still have those fans. We can’t water it down and try to chase trends.”

The song on the EP that may best capture the band’s stick-to-itivenss is “Stay Wild”, a number which was co-written by Tim Hicks and also features a guest turn by him on vocals. Then there’s “Down, Down, Down”, a tune that contains all of The Road Hammers’s classic ingredients including a little southern rock, a little country and some whiskey and women thrown in for good measure. What differs from their usual M.O. is that this time the boys take the party offshore where they’re ‘Swayin’ to some Marley’. (“We’ve had every kind of song about every type of thing with wheels but we’ve never had a boat song before. It’s pretty cool that we finally get out on the water.”) “Down Down Down” was co-written by Dan Davidson as was “All My Friends”, which is a bit of a throwback to those great Hank Jr. “Rowdy Friends” songs.

“Yeah, I’d say that was an inspiration along with a lot of those kinds of buddy tunes and buddy movies. That song features a lot of our friends on guest vocals including Terri Clark, who was the first big artist to take me on a tour. Tim Hicks and Aaron Pritchett are also on it, as well as Gordie Johnson from Big Sugar because we’ve been friends on and off stage for a long time. It’s nice when you get to do those types of things, although it wasn’t like a typical record where you get together and do it. We all did it from separate locations.”

The group’s latest single is “Give ‘r”, a truly Canadian phrase if there ever was one, and it is a quintessential Canuck song with references to Stompin’ Tom and The Hip. The band waves its True North flag throughout the record and ends things with a glorious romp through “Hillbilly Disco”, featuring this country’s #1 cowgirl, Meghan Patrick.

“I think that letting people know that we’re Canadian is important because I was here before CMT existed,” Jason explains. “I knew what it took to build a Canadian country career before we had the video component. I knew what it’s taken to build a career before we had the leverage of a Shania Twain. Then I lived in Nashville and I saw the respect that Canadians got as I watched our industry grow, which was amazing. When it comes to the arts, Canadians deliver in spades and country music is no different so we should be proud of it.”

The next live show for The Road Hammers will be on September 3 when they will be performing at a showcase at the Country Music Association of Ontario Awards in Jerseyville. Jason has pretty well become the permanent MC of the show and this year he will be co-hosting with Beverley Mahood. He can also be heard every Saturday evening hosting the syndicated “Nothin’ But The 90’s” show on iHeart Radio. He’s become something of a broadcast veteran and perhaps he’s ready to throw his Stetson into the ring as a candidate to succeed late fellow Canadian Alex Trebek as Jeopardy host.

“Nah, I’m too ugly for TV and that’s why they got me on radio,” he chuckles.“With the radio gig, you get an interesting vantage point from that side of the microphone. And with the pandemic, I was the only Canadian musician with a job so I was thankful for that.”

While The Road Hammers have been cranking out tunes for over 15 years, prior to that Jason carved out quite a formidable solo career over the course of several albums, one of which went gold. Open Spaces, which first interviewed Jason in 1995 about his self-titled album for MCA, recalls there were quite a few good stone-cold country tracks on that record and wondered whether he may one day cut another album under his name.

“Every time I hear that stuff I shut it off because I think I sound like I’m 12 years old,” he laughs. “Actually, each one of those old songs brings out little vignettes of an era in my life. It’s pretty neat to go back and listen to those things. People say I should do another McCoy record but I’m not a spring chicken. I wouldn’t want to do a vanity thing that would be lost in the pages of self-gratification. If I want to do something I want to swing for the fences and make it a good thing. I just don’t know what I would say right now. I used to always have a compass that told me this is where my solo things are going and this is what I should record, but I don’t have that right now.”

What Jason does have is an incredible body of work, both as a solo artist and as a member of The Road Hammers, and he’s still slightly gobsmacked by the whole thing.

“Since ’95 I’ve always waited for the other shoe to drop,” he says. “I’m thinking they must be sick of me now or sick of The Hammers.  I felt for a long time that I should start planning what I want to do when I grow up. Only at this age am I starting to settle into the fact that I might be a musician. It sounds weird but it’s true.” 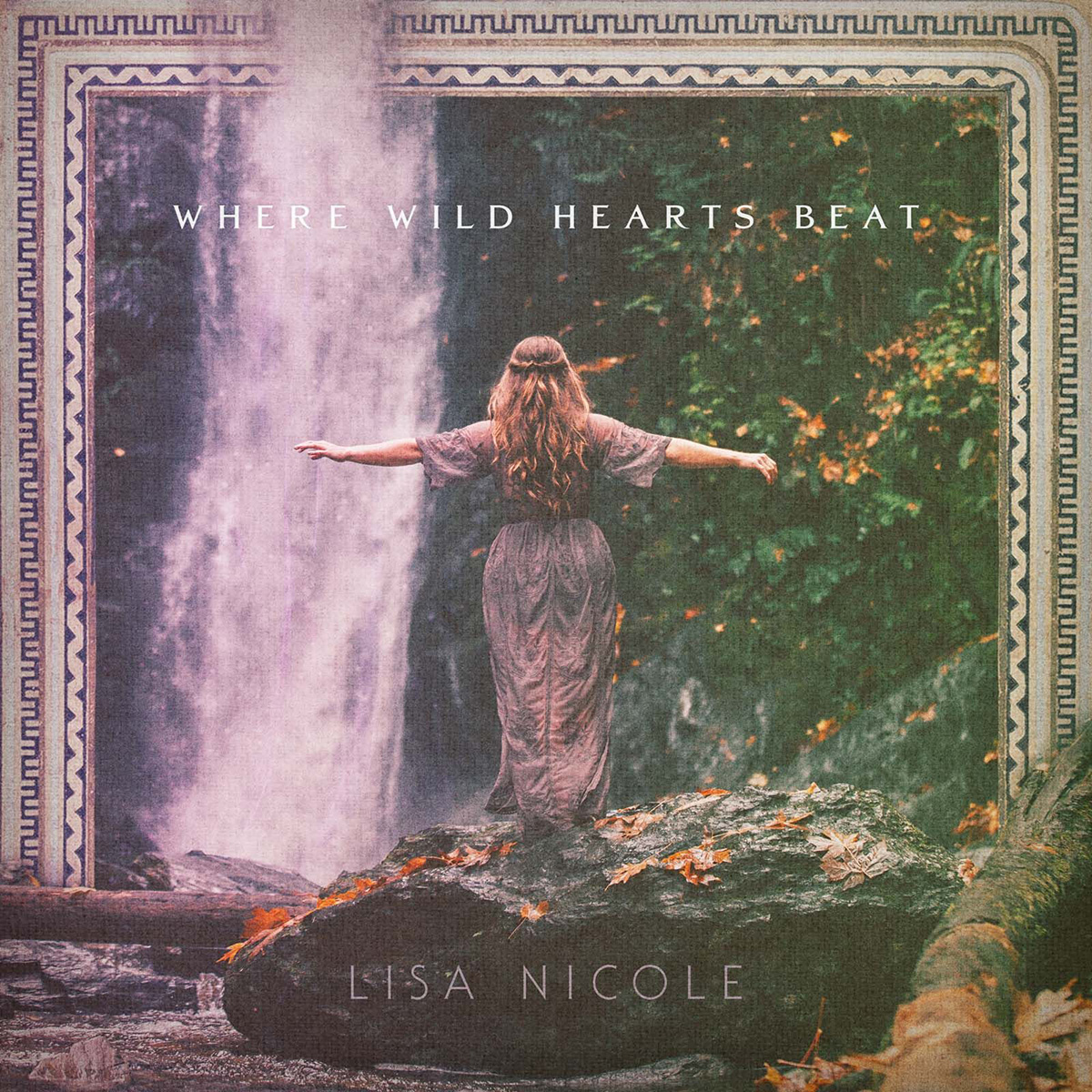 Castlegar, British Columbia-raised Lisa Nicole has dropped her first full-length album, “Where Wild Hearts Beat”, spear-headed by the terrific first single “Gypsy Girl”. The album, available on all digital platforms, features the previously released “Wait On Me”, “Do Your Thang”, “Count On You”, and three never-before-heard tracks; a party anthem (“Sunday Funday”), a family tearjerker (“Dear Mama”), and an emotional ballad (“He’ll Be With You”). “This album represents my legacy project with all of my heart and soul put into it,” Lisa says. “Even so, more than anything else, I hope it inspires everyone to follow their own hearts and creative souls.”

Sarah Wickett, who was raised in Beaverton Ontario, is back with a brand new ‘Desi Pop-Country’ mash-up called “Momma’s Boy” which covers interracial relationships in which cultural differences, family expectations and interfering mothers are touched upon.  Sarah sings about her very relatable experience which transcends cultural boundaries as well as musical genres.

Amanda Jordan has been singing since she was 2 years old. As an emerging, independent artist, she left her native Smith Falls, Ontario for Nashville to pursue her music career.  She seems to be doing very well, thank you, as her first single “Pretty Girl” was a strong contributor toward the over half a million career streams she has had to date. Her brand new release ‘’Love You To Pieces’’ has already generated quite a buzz via her Tik Tok teaser. “This is a song about unconditional love,” she says. “It’s about continuously choosing to dedicate yourself to one person because you can’t imagine life without them.”

Niki Kennedy has had an explosive international music career. She moved to Canada from New Zealand at the young age of 16 to attend Toronto’s exclusive Randolph College for Performing Arts, and earlier this year she found chart success with “The Last Night (Dancing With You)” which spent six weeks in the #1 spot on the Heart of Indie Radio Chart. Her brand new single, a melodic and delicate pop ballad called “Fall Back To You” is bound to build upon that success.