One of the greatest and most successful Canadian rock bands of all-time, Triumph first rose to prominence back in the golden era when vinyl was king – and the preferred format of most music fans. So, it makes perfect sense for Triumph – Rik Emmett (guitars/vocals), Mike Levine (bass, keyboards) and Gil Moore (drums, vocals) – to be named Record Store Day’s Canadian Ambassadors 2021. Previous Canadian RSD ambassadors have included Marie-Mai, the Trews, the Sheepdogs, and RSD ambassadors have included Metallica, Pearl Jam, and Brandi Carlile.

Record Store Day, the global celebration of the culture of the independent record store, takes place this year on June 12 and July 17,  2021. The Allied Forces 40th Anniversary Box Set will drop on June 12.

“We’re extremely proud of Allied Forces,” says Mike Levine. “It was the record that started the global rocket ride for us and we’re also excited to share with our fans some really great moments from our archives with this box set.” 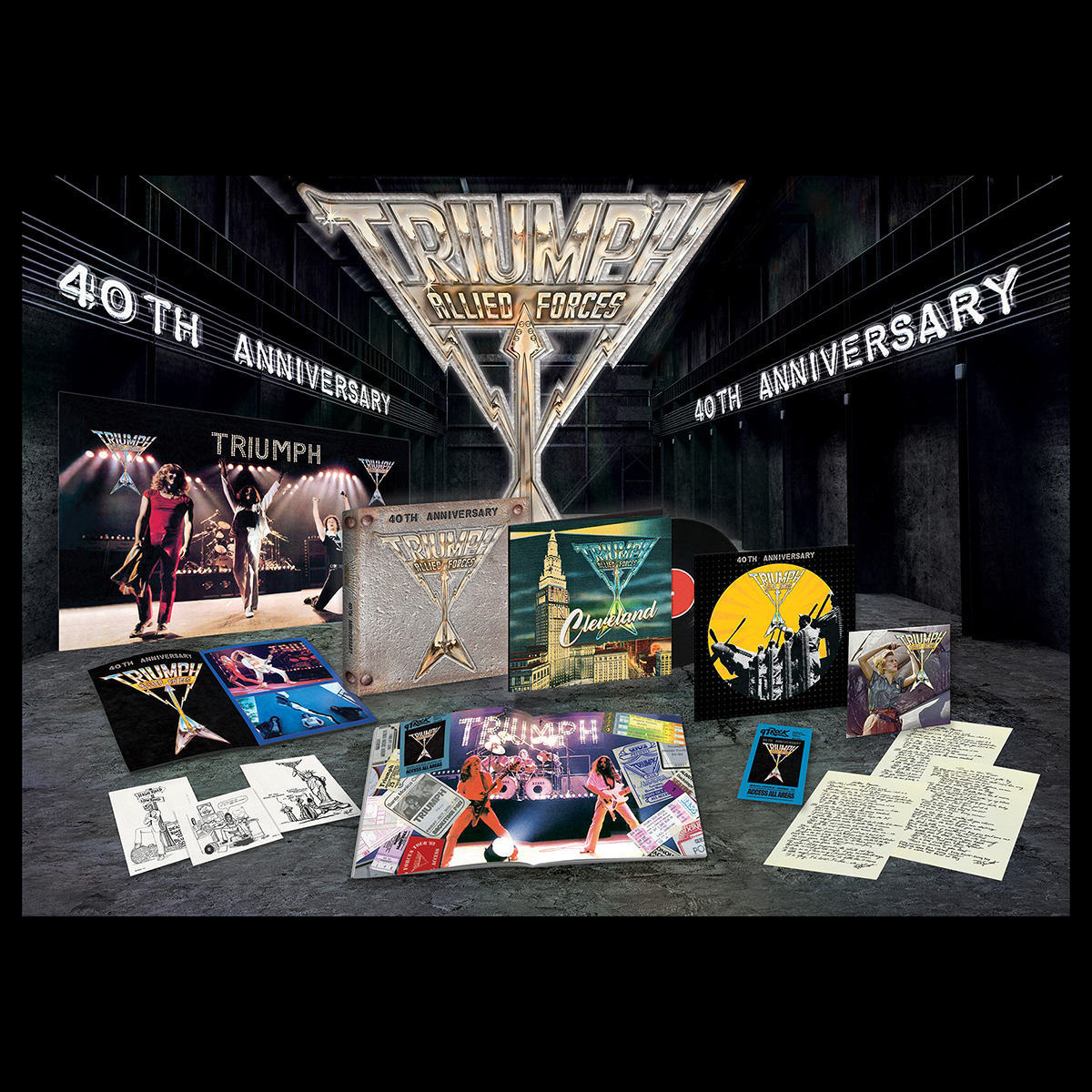 A rock music collector’s dream, the Round Hill Records-issued set will include:

The trio’s first record to be recorded at their studio, MetalWorks, Allied Forces spawned such rock radio hits as “Magic Power,” “Fight the Good Fight,” and “Say Goodbye,” as well as the title track, which became an automatic concert favourite. The album was also the highest-charting of the band’s career, earning Platinum certification in the U.S. While Triumph no longer tours, the spirit of the band remains alive in not only this killer box set but also, in a documentary and tribute record that are both in the works.