The promotion photo features The Spoons, four fresh-faced Burlington Ontario youngsters, in the process of plugging their debut album Stick Figure Neighbourhood, by posing outside Toronto’s El Mocambo prior to appearing at this venerable landmark in early October 1981.

Forty-one years later, Saturday, November 13th, lead vocalist Gord Deppe and bassist Sandy Horne will be joined on stage by keyboardist Scott MacDonald and drummer Chris McNeill to celebrate the band’s 40th Anniversary with the release of two new titles, Repeatable a 19-track Greatest Hits album (released in 2020) and Echoes a 14-track disc which features an eclectic selection of musicians providing their own interpretation of Spoons’ standards.

Original keyboardist Rob Preuss and drummer Derrick Ross have long since departed (Preuss to perform Cats and Miss Saigon on Broadway and to serve as associate director of Mama Mia and Ross to serve as an executive for Slaight Music after serving as VP Marketing for Capitol/EMI Canada). But the Spoons are currently enjoying a renaissance with Deppe also doubling as the guitarist for British-based A Flock Of Seagulls.

Deppe is calling from a casino somewhere in the wilds of Minnesota as he concludes dates with the Seagulls to promote Echoes and the band’s  upcoming El Mo gig.

Remarking on the poster being used to promote their upcoming November 13th date, Deppe noted that Duran Duran had just played at the El Mo one week before and that the Spoons have since played there at least one other time prior to the scheduled Anniversary date.

“That was the way of the world back then,” he noted. “All of the top bands played there, the place had a meaning for Canadian music history and it had a lot of meaning for us back then.”

2020 was supposed to feature 40th anniversary activities but when the COVID pandemic put everything on hold, the band released their `Repeatable’ best-of album and have followed it up by dropping an interesting take on select tracks performed by a group of musical associates.

“It was our 40th year last year but because of the situation of the world we kind of erased last year,” Deppe offered. “We’ve crossed that year out in our history books.”

The Spoons had previously released a `best of’  in 1995, titled `Collectable Spoons‘ but that record only featured tracks from the band’s three Ready Records releases but did not include key Anthem recordings from `Bridges Over Borders’ or `Vertigo Tango’.

“Our label Ready Records were convinced that the ’80s had died a miserable death when the Grunge crazy came in so they put out a best of (`Collectable Spoons’), but it just featured those Ready Years, nothing with Anthem and nothing beyond,” Deppe explained. “But that little tour we did to support the release was one of the most fun tours we ever did, we found that people were hungry for that music again and I got the impression that a retro thing was brewing even at that time. So we thought for our 40th anniversary, let’s do a proper one, include tracks from `Bridges Over Borders and `Vertigo Tango’ plus the two studio albums we have released since then; `Static In Transmission’ (2011) and `New Day New World’ (2019), from 1980 forward.”

`Repeatable’, issued last year, features 17 tracks from their catalogue plus two alternative versions of “Tell No Lies” and “New Day New World” on two vinyl discs, has capped a remarkable comeback by The Spoons who have re-established themselves on the Canadian music landscape with key performances that will culminate when the band returns to the El Mocambo Saturday, November 13th to perform a charity concert for The Ed Sousa Group’s Ronald McDonald House charity fund-raiser.

Deppe has also found time in his busy schedule to perform double duty as the guitarist for Liverpool’s A Flock Of Seagulls who have also re-established themselves with a series of high-profile concerts throughout Europe and North America. It was during one such U.S date that Deppe stumbled upon the idea of having other musicians re-record Spoons hits for `Echoes’ a 14-track CD and Vinyl release which the band will debut on November 13th.

“I was on the “Lost 80’s” tour with A Flock Of Seagulls when I met up with Christopher Anton who used the be the lead vocalist with Minneapolis-based Information Society,” Deppe recounted. “He told me he liked that song “Nova Heart” and asked if he could do a remake.”

“And then there was this young band in Los Angeles called `Felix And Foreshadow. They were only in their twenties but they told me they loved that song “Old Emotions”,” Deppe continued. “And I’m like, wait a minute, I had never considered other people doing our stuff. So, I put out feelers, not thinking it would do anything, a message to all of the people I have gotten to know and almost everyone got back to me and said they would love to do it.”

Aside from the aforementioned contributions from Information Society and Felix And Foreshadows, other artists/groups featured include Canadian pals; Montreal’s The Box (“On The Beach”), Lawrence Gowan (Arias And Symphonies), Glass Tiger (“Time Turns Around”), Images In Vogue (“Waterline”), Strange Advance (“Nova Heart”) Kan Kon (“Arias And Symphonies) and Four One Six contributing “I’ve Been Here Before”. England’s When In Rome supplied two tracks; (Romantic Traffic” and “Landing Lights”), former Prodigy/Sulphur frontman Rob Holliday supplied an off-the-wall cover of “Bridges Over Borders”, Australia’s Real Life provided “End Of Story” and even Spoons’ bassist Sandy Horne joined the fun by asking  if she could provide her own vocal interpretation of “Romantic Traffic”.

“Some people were adamant about what song they wanted to do, that’s why in three separate cases, we have two versions of the same song and some people didn’t want to do a hit,” Deppe explained.” Jean Marc Pisapia wanted to record ‘On The Beach’ which goes back to when Rob Preuss was in the band and Glass Tiger chose ‘Time Turns Around’ which had a slight Celtic feel and they added an even more of a Celtic feel to it,  slowed it down and made it epic.”

“Some people just added their voices to the songs but other people totally ripped them apart and these are the songs I enjoyed the most,” observed Deppe. “Rob Holliday used to perform with Gary Numan and Marilyn Manson and you won’t believe what he’s done with “Bridges Over Borders”. Rob lived in Canada when he was a kid and says he was a big Spoons fan. His version of that song screams Prodigy intensity!” 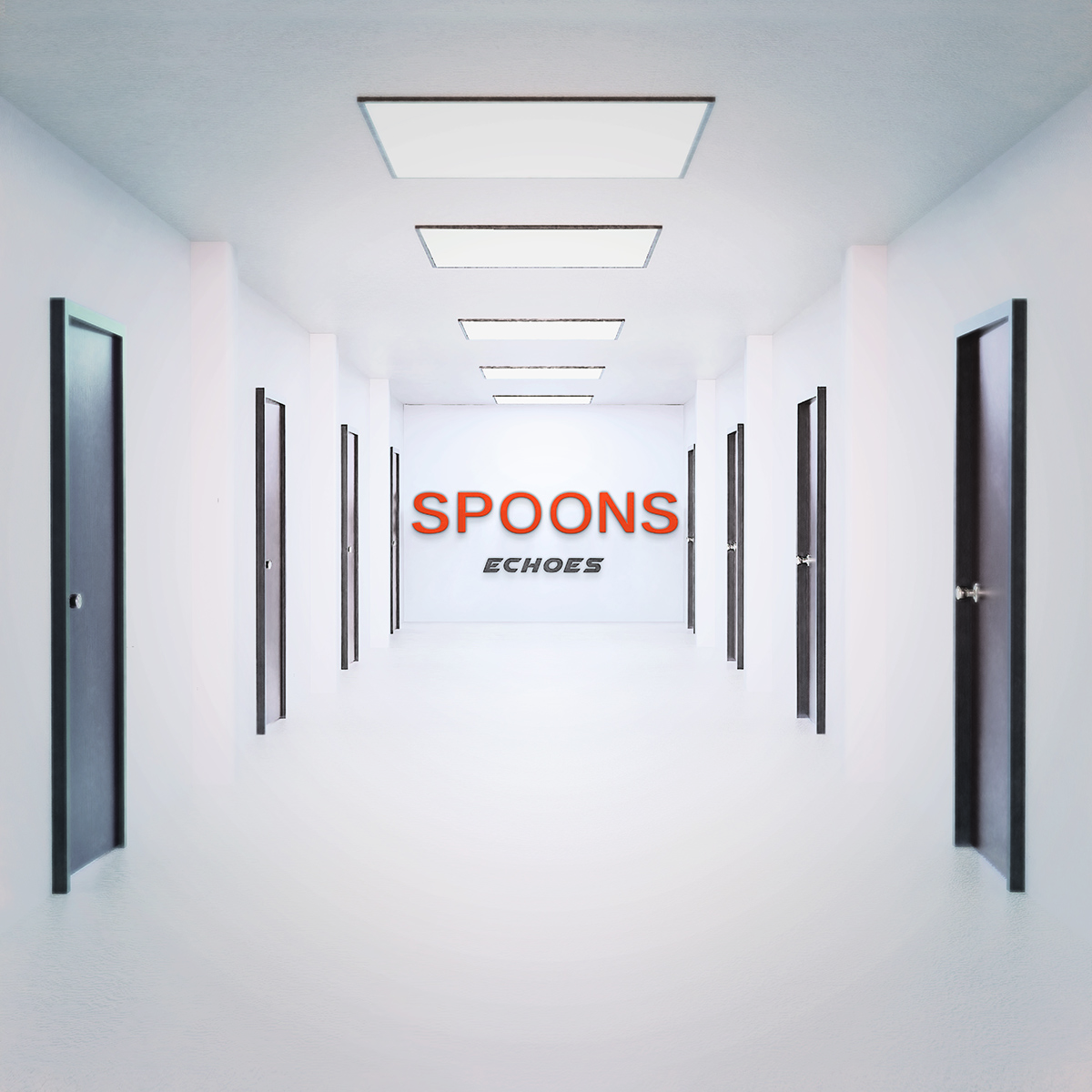 “It’s just one of the greatest honours of my life,” enthused Deppe of his `Echoes’ accomplishment. “That people would do something so fantastic and put so much work into it, I was amazed by the end result.”

Images In Vogue’s Dale Martindale and When In Rome’s Clive Farrington are booked to appear with the Spoons November 13th to perform their versions of the Spoons’ songs but the question put to Deppe is, “Does The Spoons stick with their original versions or do they attempt to perform the new cover versions?”

“Good question!” responded Deppe, “It’s something we’re going to have to think about when I get back. We may have to re-learn our old material!” he laughs at the irony of such a situation.