Up and coming Toronto-based country-rockers ONE UGLY COWBOY are a relatively new band but the quintet is steeped with experience, and it shows on their latest album “Ride With The Wind”. The group is fronted by dynamic vocalist Jane Sowerby and her axe-wielding soul mate Richard Zwic, who has written and worked with several JUNO Award winners over the years. In addition to honing her chops fronting various bands, Jane has had over 100 film and TV acting credits over the last 20 plus years, and during that same time frame, Richard wrote musical scores for several national comedy specials. The group is rounded out by guitar and lap steel player Rob Kennedy, bassist Rick Ottenbrite and drummer Mike Mann. When they’re delivering the goods on stage, the band sends out positive vibes both sonically and visually, so just where did that name come from? The two founding members laugh as they recall the origin of the handle.

“We were auditioning players when we decided to put the band together,” says Jane who’s on the line with Richard from their west-end Toronto residence. “A keyboard player came in and you know the feeling you get when somebody walks into a room and it’s a real downer and you just feel prickly energy. He wasn’t pleasant and when he left, Richard turned to me and said ‘Wow that was one ugly cowboy’. It was like ‘Oh my God, that’s our name’.”

The record kicks off with the title track, an inspirational piece about an intriguing stranger in a bar who offers pearls of wisdom on the importance of living your dreams. Jane and Richard wrote it a long time ago and the song’s message is one that they have followed since day one when they put together the group to find a home for their “babies”.

“Yeah, it was one of the first things Richard and I wrote together,” Jane begins. “It’s gone through so many different arrangements. For me it’s always been a case of living in the moment, following your heart and following your dreams. Music has always been a driving factor as has acting and I’ve always sort of straddled both. Richard and I were sitting in the studio with some of the songs we had written, which we call our babies, and we just had to get these off of the shelf. We’d sniffed around trying to get some people to cover them and things like that, but you really have to have a team to get you in the door. We decided to just put them out there ourselves in order to get them in front of people.

“Plus Jane is such a good singer and everything,” Richard chimes in. “It was a pity just sitting in the bedroom and not sharing that with people because she’s such a powerhouse.”

Jane’s powerhouse presence is what led the band’s lap steel player to nickname her “Hurricane Jane.”  The singer likes to have a little bit of fun when she’s belting out their tunes like their first single “Trading in My Cowboy (For A Pair Of Cowboy Boots)” and “Ain’t Drinkin’ More (I’m Just Drinkin’ Faster)” which fit her like the custom leather cowboy hat that she wears in the video for the former number.

“Without a sense of humour we’d be pathetically lost,” Richard says. “I think at this stage of our lives because we’ve been in the industry so long now, it’s like let’s just have fun and poke and jab at ourselves.

“As far as our videos go, Jane does all of that stuff. She’s up there on the Mac and she’s really good at putting together whatever videotape and images that we have. It’s really nice to be able to get your vision the way you really see it rather than trying to explain it to someone. If we win, great. If we lose we die by our own sword.”

The group can also render a heartfelt ballad to great effect, and the touching “On An Angel’s Wing” strikes just the right chord. For Jane, the song literally poured from her heart in one defining instance.

“That song came to me years ago when my very best friend crossed over. It was just one of those inspired moments. I was sitting down in our studio at the time in Deep Cove B.C. and I just started playing the piano and this song pretty much just presented itself. For me, it’s really important because it’s helped and touched a lot of people.”

“Ride With The Wind” also contains at least one slice of the blues in the form of “I’m Sorry I Couldn’t Love You” as Jane simply wails out the lyrics over Richard’s piercing guitar licks.  It does not come as a surprise that Jane’s résumé includes spending some time fronting a Janis Joplin tribute band.

“It’s funny because that song started off as a ballad and wasn’t bluesy at all,” Jane says. “When we started working on the album Richard just took it to this other level and really turned it around.

“Jane loves to step out on those kinds of things,” Richard adds. “She used to do one Hell of a version of Janis Joplin’s “Ball & Chain” and we thought it would be nice to have our own “Ball & Chain”. We kind of beefed it up in the studio and turned it into a real showcase for her.”

ONE UGLY COWBOY has a reputation for doing great covers during their show including countrified versions of “It’s Raining Men” and “Shallow”. While there may not be any Def Leppard songs in their setlist as of yet, their original song “Recipe For Love” with its rollicking chorus of ‘Sugar on bottom, sugar on top’, sounds like a Def Jam.

“We get that a lot,” Richard chuckles. “It’s that sugar thing. How can you get away from it?  It’s arena rock for sure.” 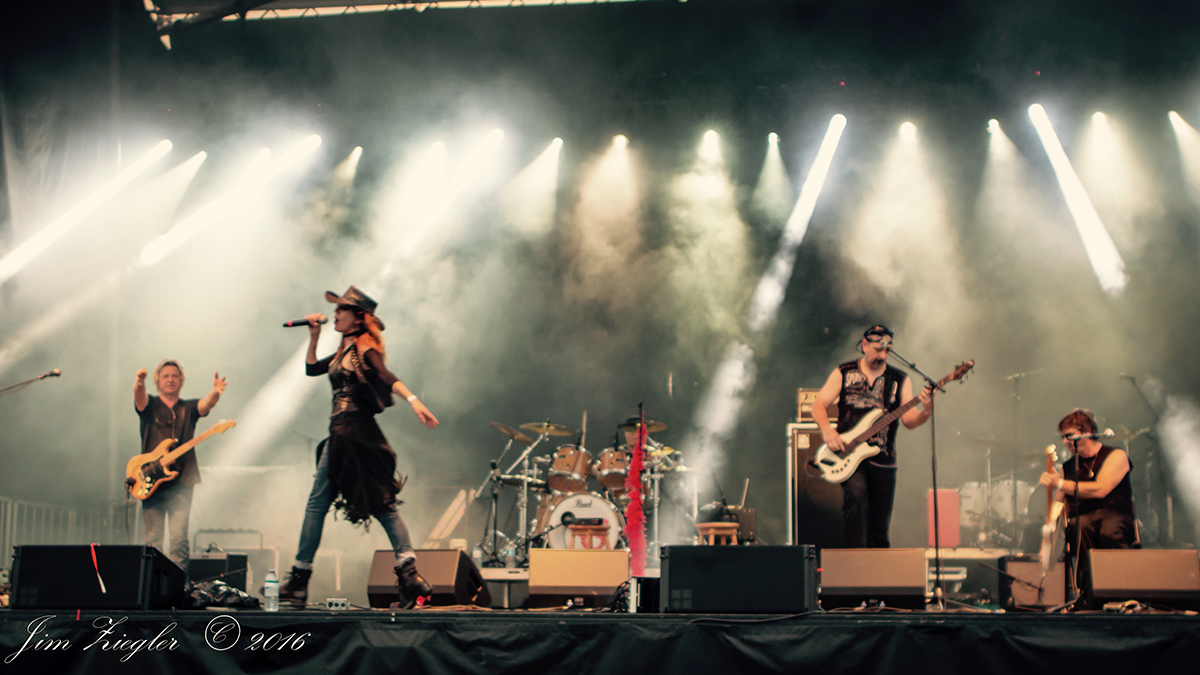 “We’ll continue to play covers depending on the venue. We try to do songs that probably many bands aren’t doing. We’re playing Sauble Beach opening for The Spoons on September 11 which is more of a family thing so we’re going to kind of skew it to some of the covers that we do. But when we play The Horseshoe in Toronto we’re going to be focusing more on the record because people there are more open to hearing originals even if they haven’t heard them on the radio.”

The Horseshoe gig on September 17 promises to be a dandy as ONE UGLY COWBOY is sharing the stage with another stellar southern Ontario country act, Johnson’s Creek. Richard and Jane haven’t played a live gig since the start of the pandemic and to say that they’re pumped would be a serious understatement.

“We’re really excited,” Jane exclaims. “The guys in Johnson’s Creek are super talented and we can’t wait to have a really fun night.”

Want to get in on the fun? Grab your tickets here: https://www.horseshoetavern.com/event/johnsonscreek

Vancouver-based country Artist Kadooh has just released a new single “Rattlesnake Bite” on all streaming platforms. Kadooh’s close friend and award-winning musician and songwriter Chad Kroeger of Nickelback was not only an inspiration and influence, but he also co-produced the new single.

“Country music is a genre I’ve really grown to love, and I think it’s opened itself up on both the pop and rock side,” says Kadooh. “The parameters have really expanded and that’s been really great for me. This song is a put down your phone, get up and head to the dance floor anthem, allowing people to let loose and burn off some much-needed steam.” 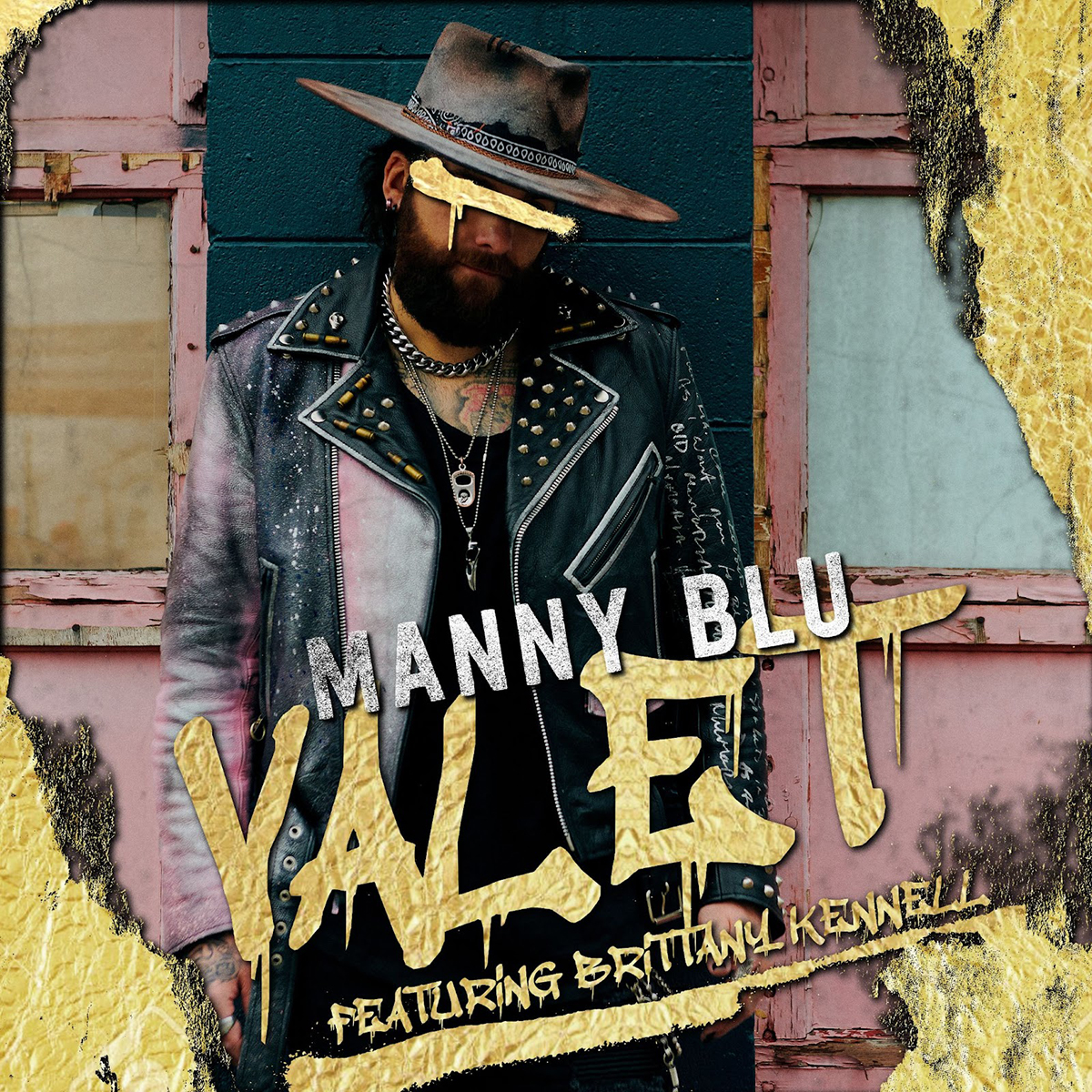 Years before unveiling his country-punk sound, larger-than-life vocalist Manny Blu, who grew up in Montreal, found different ways to challenge the status quo. He trained for a career as an MMA fighter. He then embraced country music and when a move to Nashville placed him at the epicentre of the genre, he shook things up once again, creating a musical hybrid that blends country story-telling, hard-charging guitars and pop melodies. Manny offers a glimpse into his upcoming “DEViL” EP with the release of the collection’s first ballad “Valet,” alongside fellow Montreal native and SiriusXM “Top Of The Country” finalist Brittany Kennell. “This is the most traditional country song on the EP and it reminds me of growing up in Montreal and watching Shania Twain achieve global success. It only made sense to have an incredible female artist like Britt on it with me.” 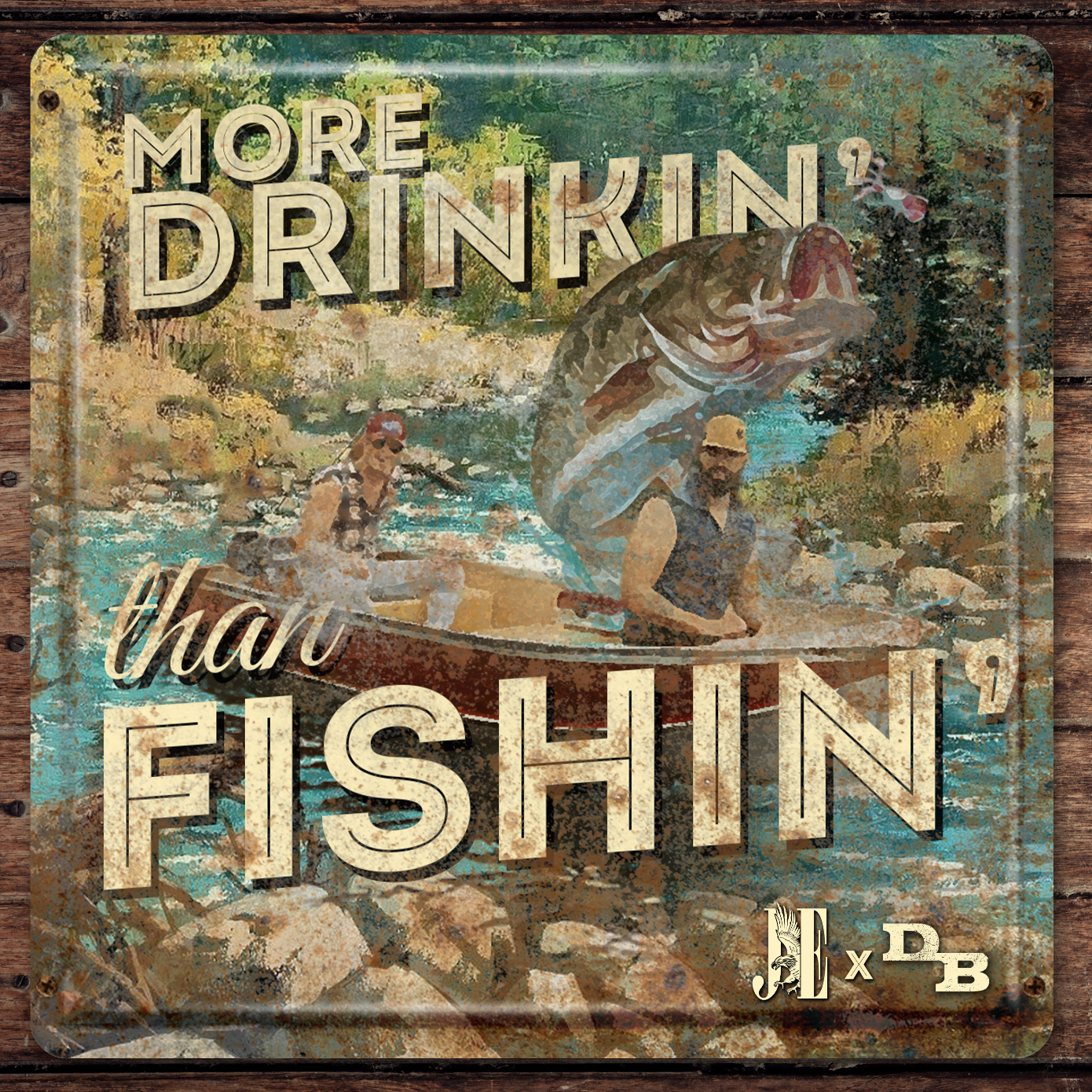 Coming off the success of his second #1 at Canadian country radio, Jade Eagleson has teamed up with celebrated Canadian icon Dean Brody to bring fans the good-timey “More Drinkin’ Than Fishin’”. Celebrating the small-town roots that make them two of country music’s favourite voices, the pair feels completely at home in this light-hearted track about a couple of good ol’ country boys enjoying some time on the lake. “As soon as I heard this song I knew we could have a lot of fun with it and I’m so grateful that Dean thought so, too,” says Jade. “I’m excited to see how fans react and I hope it inspires some fun summer adventures for them.”

JUNO Award-nominated singer-songwriter Desiree Dorion, a proud member of the Opaskwayak Cree Nation, has just released a new single “Sometimes I Drink”. Desiree reached out to her musical idol, JUNO Award-winning artist Crystal Shawanda, to see if they could collaborate and Crystal not only agreed but extended an invitation for them to work together at Crystal’s home in Nashville. From the acapella opening of the song to the talking sections, and having the bass solo inspired by the bass section in Miranda Lambert’s “Little Red Wagon” played by that same bassist, “Sometimes I Drink” emboldens women to take time for themselves to let loose and have some fun.

A great modern soul EP, “My Life”, has just been released by Toronto singer Quisha Wint. Quisha grew up listening to Reggae, Motown, Gospel and R&B, and she draws upon all of those influences for her new record. Quisha recently revealed the inspiration for the EP to Marion Rodrigues on her Sunday morning Soul Jam show on Toronto’s G98.7. “When I got together with the musicians/songwriters from my production company and we started playing music, I was in my happy place. These guys include Shamakah Ali, who’s played with Al Green and the S.O.S. Band, Roger Williams who’s backed Shakura S’aida and my producer Duffmusiq. This record and the original songs on it were birthed out of all the emotions and thoughts that I had when we started playing music.”  The EP includes two previously released singles, the socially relevant “Black Shoes” and super infectious “We Gotta Love”.