AC/DC have announced the return of three former members. Vocalist Brian Johnson, who was forced from the band during the midst of a tour in 2016 when he began to lose his hearing, is back. So is drummer Phil Rudd and bass guitarist Cliff Williams. The trio join AC/DC mainstays Angus Young (lead guitar) and Stevie Young (rhythm guitar). The reunion was revealed on Wednesday (September 30), the third straight day that the classic rock band had been teasing their comeback.

The announcement arrived with just a graphic. Fans will have to wait for the band’s campaign to unfold to know the full extent of their plans.

Johnson’s departure from the group in 2016 was extremely messy. AC/DC was in the midst of their “Rock or Bust World Tour” and they abruptly suspended it due to Johnson’s hearing issues, going so far as to issue a terse statement wishing their longtime singer “all the best” on “his future ventures.” When the tour resumed that year, he was replaced by Guns N’ Roses frontman Axl Rose.

Johnson has since been fitted with special in-ear devices that will allow him to stand up to the rigors of touring.

Rudd had two previous, lengthy tenures with AC/DC. He was dismissed from the band following a run from 1975-1983. After a hiatus, he formally rejoined them in 1993 and remained until 2015. Though he performed drums on 2015’s Rock or Bust album, he did not join them for the tour. That role was held by Chris Slade, who had previously played with the band from 1989 -1994.

Williams, AC/DC’s bassist and backing vocalist for nearly four decades, retired from the band following the completion of the Rock or Bust World Tour.

On Monday (Sept. 28) at around 8:30 a.m. ET, the band updated their Facebook page and other social media platforms with some teaser graphics.

Also on Sept. 28, a nine-second video featuring a burst of electric power was shared.

The next day, Tues., Sept. 29, ads began appearing with a “Are You Ready PWR UP” headline. 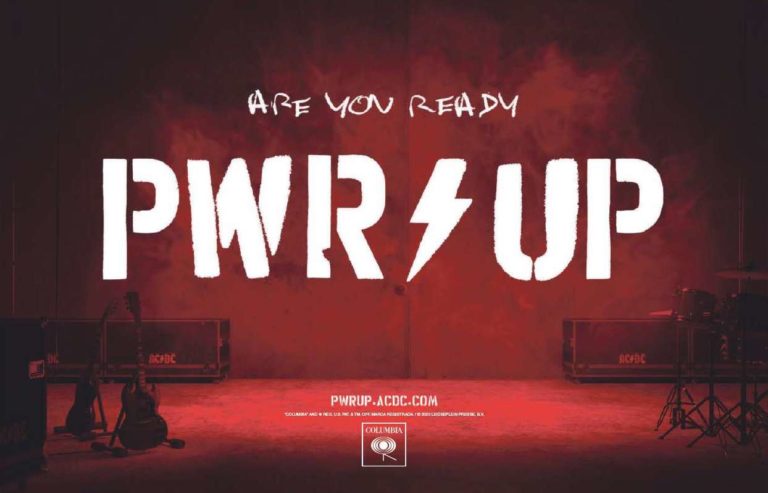 On Sept. 18, fans visiting the band’s website briefly saw new photos that had been uploaded. They were quickly removed.

Those following closely will recall that reports of a tour announcement appeared imminent back in July 2019. On July 16 of that year, the band’s Facebook page had a new post for the first time in 20 months, as they added a Highway to Hell 40th anniversary graphic and brief audio snippet.

Their previous post, from November 18, 2017, shared the news of the passing of Malcolm Young.

However, that particular burst of social media activity was simply to celebrate the legendary album’s anniversary with the release of many classic live performance videos. There was no updated edition of the landmark LP.

In the days that followed, vintage photos were posted on their Facebook and Twitter accounts, again with the #H2H40 tag.

Sightings of past (Johnson, Rudd) and present members (Angus Young and Stevie Young) showing up at a Vancouver recording studio got plenty of attention in 2018.

During that same period in July 2019, Kansas City (Mo.) radio station, V100, shared news from a “reliable source” that an upcoming tour with Johnson would be announced soon. Johnson was forced out of the band in 2016 due to significant hearing problems that he encountered while on tour.

Doctors had advised Johnson to stop touring immediately or risk total hearing loss. On April 16, 2016, the group issued a statement: “AC/DC band members would like to thank Brian Johnson for his contributions and dedication to the band throughout the years. We wish him all the best with his hearing issues and future ventures.”

Three days later, Johnson released his own statement which said in part: “I am not a quitter and I like to finish what I start, nevertheless, the doctors made it clear to me and my bandmates that I had no choice but to stop performing on stage for the remaining shows and possibly beyond. That was the darkest day of my professional life.

On June 1 of that year, the band announced that the “Rock or Bust World Tour” would resume with Guns N’ Roses frontman Axl Rose taking on lead vocals.

Since then, Johnson has been fitted with special in-ear devices that will allow him to stand up to the rigors of touring.