Skip to content
Search
Home > Featured > Sam Roberts Band Announce Canadian Fall Tour Dates
Sam Roberts Band – Photo Credit – Dave Gillespie
As the world slowly moves towards a new normal, Sam Roberts Band celebrates the return to the live stage with the announcement of fall tour dates. The November and December dates include stops in Winnipeg, Victoria, Vancouver, two hometown shows in Montréal and more. Not wasting any time, they also recently announced their Toronto summer date at Budweiser Stage alongside their pals Matt Mays and K-OS. See below for a full list of dates.
The band is excited to finally play their latest album All Of Us live for fans. The album has earned critical acclaim across the board including praise from Uncut Magazine, who named it “…Sam Roberts Band continues to bring forth a sound that’s consistent yet refreshing, and while All of Us is reflective of current times, their music has always had the power to do that naturally — it’s what makes them such a solid group.”
The JUNO-nominated album has also produced two Top 10 radio singles with “Ascension” and “Take Me Away” and the band won Group Or Duo Of The Year at the 2021 Jim Beam Indie Awards, adding to their impressive list of accomplishments.
Listen/Stream All of Us HERE
On getting back on the road, the band is looking forward to returning to some of their favourite venues across Canada and sharing the energy of fans in nights of epic live music.
Tickets for fall tour dates go on sale this Friday, more info here! 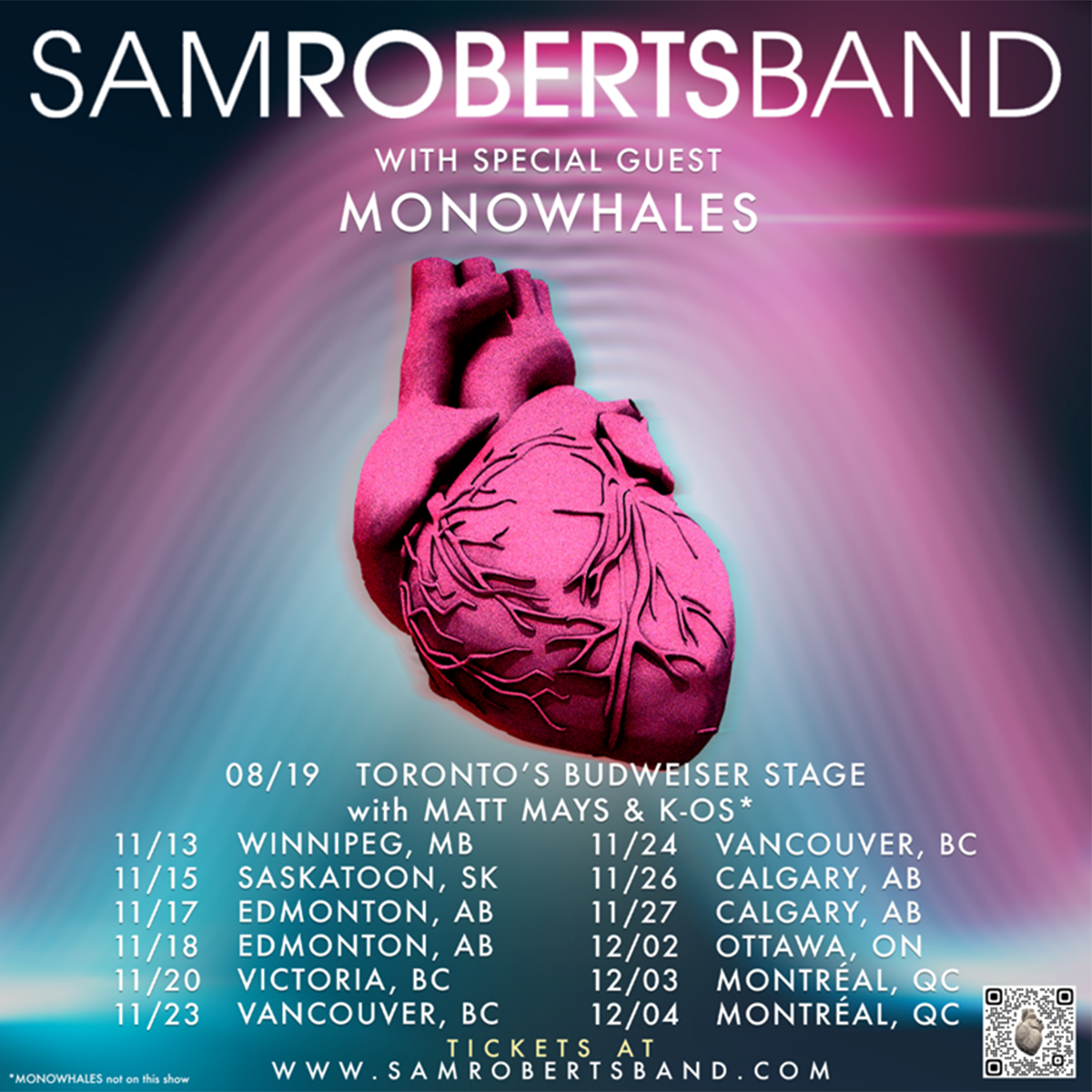