Johnny Clegg, one of South Africa’s most famous and popular musical exports, died Tuesday, July 16th after a four-year battle with pancreatic cancer in Johannesburg, he was 66 years old.

The frontman for Juluka and Savuka during the 1980s and 1990s, Clegg defied South African apartheid laws by performing with black musicians in open defiance against that country’s Group Area Act which assigned racial groups to different sections in urban areas and forbid any mixed activities between white and black people.

Born in Bacup, Lancashire England (five miles away from this writer’s Bury, Lancashire home), Clegg moved to another nearby town Rochdale, with his English father and Rhodesian mother but then moved to Rhodesia with his mother when his parents divorced. By the age of six, Clegg was living in South Africa.

Asimbonanga ofana no Johnny Clegg. He has left deep footprints in our hearts. He showed us what it was to assimilate to and embrace other cultures without losing your identity. #RIPJohnnyClegg
From South African Government Twitter Feed 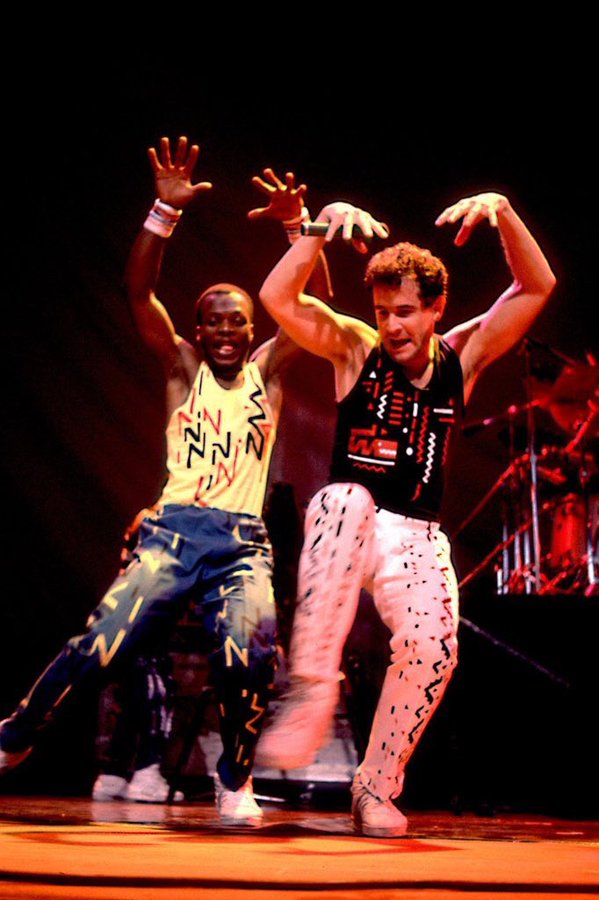 At the age of 15, Clegg was running afoul of local authorities by performing with a local artist, Charlie Mzila who taught him the Zulu language and how to play the maskandi guitar. Two years later, Clegg hooked up with another black musician Sipho Mchuno and formed Juluka (Sweat in Zulu) combining English lyrics with mbaqanga dance rhythms (and featuring three white musicians with three black musicians). Harassed by the pro-white authorities, (who often broke up the band’s concert performances) Juluka released a debut album `Universal Men’ in 1979, which was banned by South African radio but created enough of an international stir that the band was able to tour Europe, the United States and Canada.

Juluka recorded five gold albums and two platinum-selling albums which contained coded political messages and references to battles against apartheid. Asked whether he saw himself as a political activist, Clegg responded by saying “For me, a political activist is someone who has committed themselves to a particular ideology. I don’t belong to any particular party. I stand for human rights!”

After Mchuno left Juluka to return to his Natal homeland, Clegg launched Savuka (Zulu for Awakening) with a new partner, Dudu Zulu and went on to record four more albums including his 1987 release `Third World Child’ which included the song “Assimbonga” which alluded to Nelson Mandela’s 27-year imprisonment (then being held at the notorious Robbens Island prison). That song served as a protest chant by the masses of non-whites which ultimately cultivated in Mandela being released from prison in 1990 and the ending of apartheid in 1994 with Mandela being elected as president of a newly-formed bi-racial government.

This writer had the pleasure of meeting Clegg on two occasions during the mid-Eighties when first, Juluka and later Savuka in 1986, performed at Toronto’s Danforth Music Hall. The fact that we were both born a few miles apart made an instant connection and Clegg said he had returned to Rochdale a couple of times to perform, thus earning the nickname “Rochdale Zulu”.

At a time when Mandela was still imprisoned and apartheid was still evident in South Africa, Clegg told me how dangerous it was to live in Johannesburg and how he and his family were being continually harassed by local authorities. At one point during our interview, he called home to find out that his residence was currently being raided by the local police.

Unfortunately for Clegg, he insisted on continuing to perform in South Africa which brought him into conflict with Britain’s Musicians Union which banned him from performing in the UK, forcing him to be dropped from the Nelson Mandela 70th Birthday Tribute Concert staged at London’s Wembley Stadium in 1988.

The death of Dudu Zulu in 1993 (who was killed when he intervened in a local taxi war dispute) sparked the end of Savuka but Clegg did hook up with Mchuno for a brief reformation of Juluka. The highlight being a performance of “Assimbonga” in 1999 in which Mandela stepped on stage to join Clegg and his band.

Clegg continued to tour as a solo act but had to stop when he was stricken with pancreatic cancer in 2015, a battle he eventually lost last Tuesday.

Peter Gabriel with his haunting “Biko” may have brought the anti-apartheid message to the masses and Paul Simon may have popularized mbaqanga music with his ground-breaking `Graceland’ album but it was the `Rochdale Zulu’ who had the courage to take on that oppressive system in his own backyard, and use the music of Juluka and Savuka to effectively spread his protest message and ultimately triumph in the ending of apartheid.