As a highly regarded singer/songwriter, multi-musician recording artist, Shawn Hook is fully aware of the ravages that the COVID-19 pandemic has inflicted on Canada’s music industry. As a board member of the Unison Benevolent Fund, he is in a position to do something positive to raise much-needed funds to aid this ailing industry.

“It’s a crazy time for our industry and it’s up to us to do our bit to raise funds for the Unison Benevolent Fund,” Hook noted in clarifying that the fund is available for anyone in the music industry whether they are musicians, crew members, studio personnel or anyone else involved in the domestic industry. “Unison has already paid out something like $2 million dollars since March this year but we need this concert to replenish the fund’s coffers.”

Hook noted that this pandemic has not only inflicted a financial toll on Canadian music industry personal but has also affected a number of people mentally as well. “When you’ve dedicated your entire life to our craft, it’s not only the financial factor but there’s also a mental health factor to it. All of a sudden you are going from touring around the world to having to get a second job to support your family”.

Hook’s latest effort features two previously released singles; “I Don’t Want To Dance” and “Holding On To You” plus-four new tracks including the title track which pays homage to Hook’s hometown of Nelson B.C. The video captures the scenic beauty of the Kootenay region along with nostalgic video clips of a youthful ShawnHook.

Thursday’s virtual concert, staged by Sessions Live costs $30 to link to the broadcast and will be unique in that there will be an interactive element to this live stream event. “We’ve adapted the technology to produce a professional concert environment,” Hook enthused. “It’s taken me a while to adapt to the premise that there is no live audience but it’s going to be a while before you are going to get anything like a full concert experience so there are silver linings in executing this kind of show. It does allow for people to tune in from all over the world.”

Hook hasn’t exactly been idle during the pandemic, completing a six-track EP titled `Take Me Home’ just prior to COVID-19 taking hold of the planet. “Thankfully, the music was written and recorded before the first wave struck. I finished the vocals in Toronto on March 11 just before we went into a lockdown,” Hook noted. “My label Ultra Records’ reaction was that people are consuming music more than ever, we believe in this music you have made and we want to put it out.”

Hook’s latest effort features two previously released singles; “I Don’t Want To Dance” and “Holding On To You” plus-four new tracks including the title track which pays homage to Hook’s hometown of Nelson B.C. The video captures the scenic beauty of the Kootenay region along with nostalgic video clips of a youthful Shawn Hook. 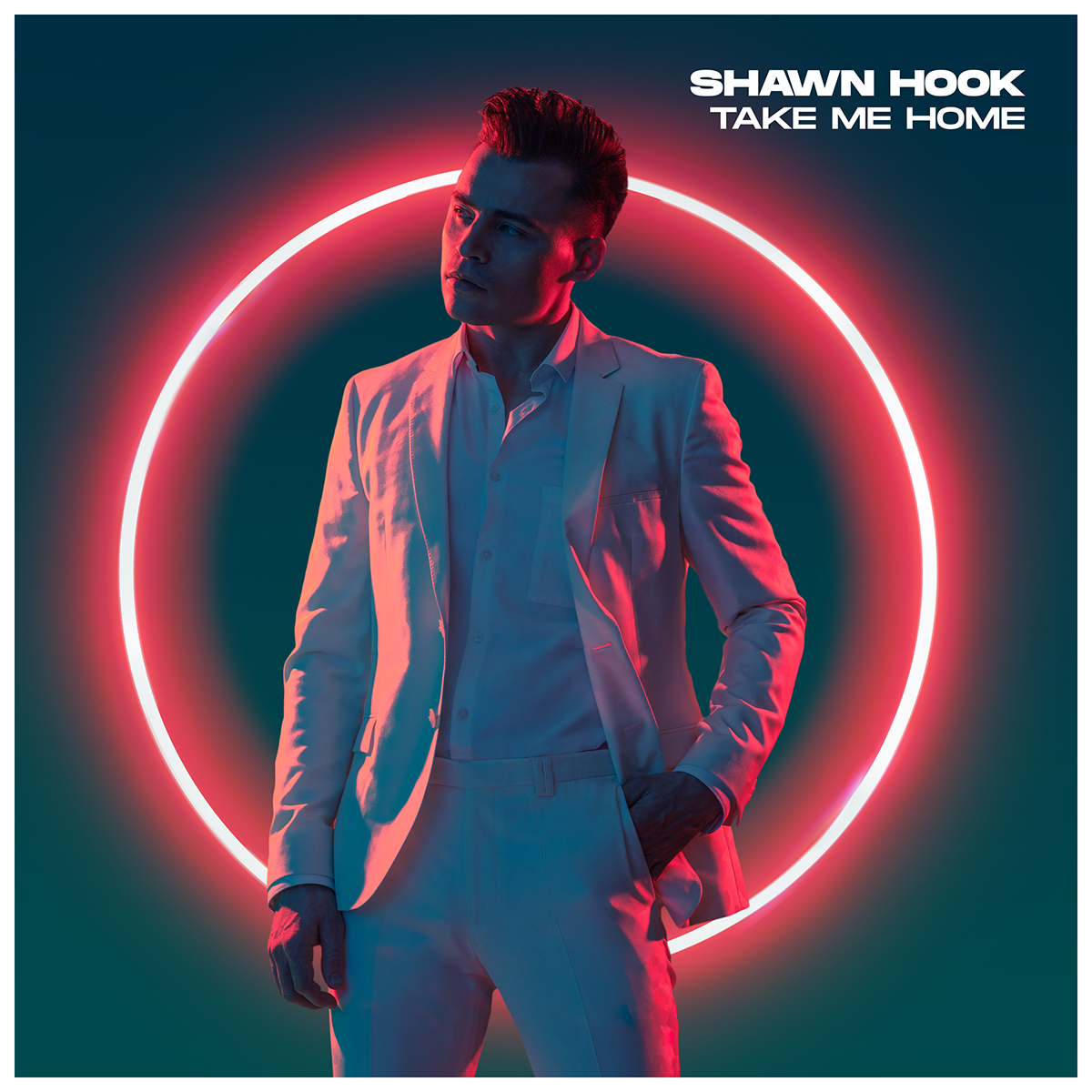 “Shooting the music video for “Take Me Home” in my hometown where my musical dreams and aspirations began, was a surreal experience” Hook recounts. “From singing in the humble abode where my great grandmother raised our family, to singing in the back of a truck racing down the dirt roads I grew up biking on, to driving my Dad’s first car through Nelson, the city I was born. There were so many special moments for me during this day, and it made it all the better getting to share it with family and friends.”

Hook’s real name is Shawn Hlookoff and the track salutes his Doukhobor heritage, a unique group of Russian immigrants who moved to Canada at the turn of the century to avoid being involved in Russia’s civil uprising at that time and settled in the Kootenay region of British Columbia.

“Doukhobor’s are pacifists, they did not want to go to war so my great, great grandfather moved to Canada and I am proud to be a Doukhobor,” Hook stated. “When I performed at the Charles Bailey Theatre in Nelson the show sold out in a week. I cried when I performed my encore, it’s hard to put into words what that reception meant to me.”

An established singer/songwriter musician who initially made his mark in the United States as a composer/songwriter for ABC Studios in Los Angeles (writing songs that were featured in major TV shows like The Hills, Greek, General Hospital and Eli Stone) while also earning an acting credit on Bones.

Hook did record an indie debut album ‘Both Sides’in 2006 under his real name Shawn Hlookoff before releasing Cosmonaut And The Girl on the Kreative Soul/EMI label in 2012. Hook launched in Canada at a time when Sean Mendes and Scott Helman also arrived on the domestic scene and although he was included as one of The Three S’s, Hook acknowledges that all three artists have established their own unique identities.

“We all have our own differences and we are all on our own musical journeys,” Hook allowed. “Personally, I am thankful how I came into this business. It’s always been a passion for me, it’s something I naturally gravitated towards.”

Hook made a U.S breakthrough when his 2015 `Analog Love’ album produced a hit single “Sound Of Your Heart” which was featured on The Bachelor TV series and his 2017 EP `My Side Of Your Story’ featured a hit duet “Reminding Me” with U.S actress/vocalist Vanessa Hudgens.

“I had defined goals when I was a kid,” Hook noted. “I wanted to get a song on the radio, I’ve had 12 hit singles, I wanted a gold record, I now have two double platinum records, I wanted to tour North America, now I’ve travelled all over the world, I perform and write music every day for a living, I’ve lived in Los Angeles for the past 10 years. I feel there are a lot of boxes I have checked but I do feel there are so many more I still want to check. It keeps me hungry, I am just driven to be a better songwriter, a better artist and a better performer.”

Tickets for the Unison event are $30.00 (all taxes included) and can be purchased at http://www.sessionslive.com/canadainunison/tickets