John Fogerty is the latest classic rock legend to object to the use of his music by President Trump’s re-election campaign. In a tweet today (October 16), Fogerty says he has issued a “cease and desist” order for “using my words and my voice to portray a message that I do not endorse.”

On September 11, Fogerty posted a video on his Facebook page explaining the meaning behind the song which he recorded with Creedence Clearwater Revival in 1969. In the clip, Fogerty says, “Recently, the President has been using my song, ‘Fortunate Son,’ for his political rallies, which I found confounding.”

The singer and songwriter explained that he wrote the song at the height of the Vietnam War. “By the time I wrote it, I had been drafted and had served in the military and I have been a lifetime supporter of our guys and gals in the military.”

“Back in those days we had the draft and something I was very upset about was that people of privilege… could avoid the draft. That was the inspiration [for ‘Fortunate Son’]. It’s a song I could have written now. I found it confusing that the President is using my song for his political rallies when it seems like he is probably the ‘fortunate son’.”

In his October 16 tweet, Fogerty goes one step further. “I also wrote about wealthy people not paying their fair share of taxes. Mr. Trump is a prime example of both of these issues. The fact that Mr. Trump also fans the flames of hatred, racism and fear while rewriting recent history, is even more reason to be troubled by his use of my song.”

Other artists (or their estates) that have complained publicly include Neil Young, Eric Burdon and Tom Petty.

While self-quarantining together the Fogerty Family, featuring John with his sons Shane, Tyler (Hearty Har) and daughter Kelsy, gathered in their home studio to play music together. Wanting to share with their fans, a new video of their performance of Creedence songs was released each Friday as part of a special YouTube series.

Fogerty explains, “When the world stopped in March due to the pandemic, the news was bleak and scary. We were all unsure of everything we once knew or took for granted. However, it also brought many of us together, we soon found we had time we never had before. 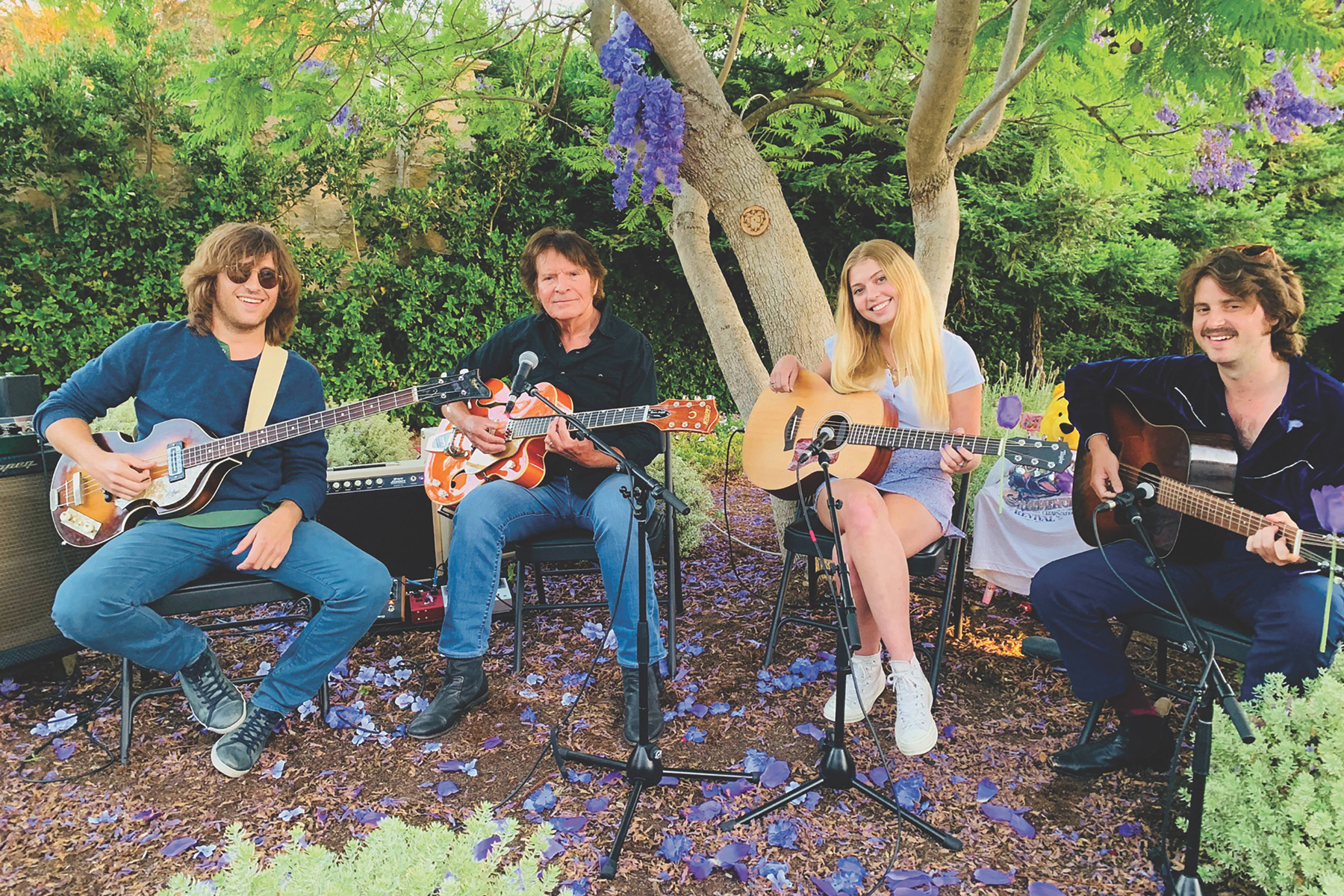 “So, we gathered in our home studio and created music. There were many instruments the kids picked up for the first time, especially Kelsy who had just started playing guitar and even played drums for the first time. She was a senior then and wasn’t able, like so many, to enjoy her last year of high school. This was a wonderful way of connecting with our family and fans through music.”

The family even gathered at an empty Dodger Stadium to film “Centerfield” on John’s 75th birthday, May 28. Fogerty’s wife, Julie, served as the filmographer.