When you think of Dan Hill, you inevitably think of his global hit record, “Sometimes When We Touch”, not only a hit for him but for a whole slew of other star performers including Rod Stewart. Barry Manilow, Demi Roussos, Tammy Wynette (with Mark Gray), Tina Turner and Engelbert Humperdinck, initially released in 1977 on his third album for GRT/20 Century Records, titled `Longer Fuse”

But when Hill was inducted into the Canadian Songwriters’ Hall Of Fame Wednesday, February 10th on CTV’s Your Morning program, he could also cite credits that also include being an accomplished author, journalist and social activist spokesperson (Artists Against Racism) to complement his recording and songwriting talents.

Celebrating his latest honour by releasing a new 16-track album titled “On The Other Side Of Here” which features the controversial song “What Are Black Lives?”, Hill’s reaction to the death of George Floyd under the knee of a White Minneapolis police officer in 2020, Hill has had to face his fair share of racism growing up in Newmarket and later, the Toronto suburb of Don Mills.

Details of which are graphically laid out in the contents of a shocking Globe And Mail Op-Ed column titled “My Pain Was Your Pain (Feb 6th, 2021) which details Hill’s childhood with his younger brother Larry and sister Karen, growing up with biracial parents, a piece that will be eventually expanded into a complete book about his racial struggles.

It didn’t matter that Dan’s black father and white mother were both US-born intellectuals, Daniel Grafton III and his wife Donna, emigrating to Toronto in 1950 to complete his studies in sociology at the University of Toronto before both becoming Canadian citizens with Hill eventually being appointed as Ontario’s first human rights commissioner in 1952, wrote a couple of books, one being The Freedom Fighters – Blacks In Early Canada which earned him the nickname “Canada’s Father Of Human Rights” How ironic then that the Hill family would be subjected to a plethora of racial indignations growing up in the suburbs of Toronto during the mid-fifties.

“My father had his Ph.D., my grandfather also earned his Ph.D., and they both believed quite rightly that a black person or a biracial person had to be highly educated to transcend racism,” mused Hill from his Toronto residence prior to his induction.” So you can imagine how my father felt when, at the age of 15, I told them I was going to drop out of school and pursue a career as a singer/songwriter.”

That clash between father and son resulted in Hill’s 2009 book I Am My Father’s Son, A Memoir Of Love And Forgiveness, a deeply moving recollection which details their tumultuous relationship with Hill Sr setting seemingly impossible high standards for himself and his family leading to conflict and alienation even as Hill forged a career as a world-famous singer/songwriter.

“We didn’t say a word to each other from when I was 15 until “You Make Me Want To Be” hit the radio when I was 20,” Hill continued. “His attitude was that I going to live a life of poverty.” An attitude that had to be re-evaluated when the success of “Sometimes When We Touch” made Hill a multi-millionaire by the age of 28.

Hill soon discovered that racism was endemic to the Canadian music industry when, at the age of 19, he took a demo of his first album to A&M Records in search of his first record deal. “I gave the A&R guy my demo which contained a song “You Make Me Want To Be” that Harry Belafonte had already said he wanted to record, and the A&R guy said this is great, I’ve never heard anyone write like this or sing like this. BUT, I played the demo for my secretary and I asked her what do you think this guy looks like? She said I love this record, the guy sounds like he has blonde hair and blue eyes. So the A&R guy gets back to me and says “sorry guy but you don’t look the part so we cannot sign you.”

Hill was eventually signed to GRT Records in Canada and 20th Century Records in The U.S and quickly released two albums, a self-titled release in 1975 and “Hold On” in 1976 which established his profile. But it was his 1977 third release, “Longer Fuse” which saw Hill team up with legendary songwriter Barry Mann, to co-write “Sometimes When We Touch”, a song about unrequited love that GRT initially rejected until Jeff Burns took over as the label’s A&R chief.

“Barry Mann wrote “You’ve Lost That Loving Feeling” which is like of the greatest pop melodies of all time, I mean how could I go wrong with him writing the melody for “Sometimes When We Touch”?” Hill enthused. “He told me he heard one of my songs, “Hold On” on a Los Angeles radio station in 1976, drove off the highway. listened to the lyrics and started to cry.”

But even in recording this album, Hill faced racial controversy when the producers refused to record a song he wrote “McCarthy Days” about his parent’s biracial marriage. “So I had to record the track at a separate studio and then insist that track be included on the album” he revealed.

“When Sometimes When We Touch” broke (eventually going to #3 on the Billboard charts), that was my entry into the U.S market,” noted Hill. “Every songwriter, producer and artist wanted to write with me.”

It didn’t hurt that the likes of Mann and Michael Masser also co-wrote key compositions with Hill. “I would have to be pretty untalented, after spending thousands of hours with two writers, who in my opinion are the best songwriters in the world, not to learn from them,” Hill noted. Masser  (who co-wrote “In Your Eyes”) wrote all of Whitney Houston’s big hits, also co-wrote for the likes of Diana Ross & The Supremes, Dionne Warwick, Kanye West, George Benson and Crystal Gayle to name just a few star-artists.

Masser and Hill recorded “In Your Eyes’ at A&M studios in LA, in 1982, with the best musicians in that city. Hill co-produced the track with Masser and nailed a killer vocal. “We were cutting “In Your Eyes”‘ for Teddy Pendergrass. He was flying into L.A. to record his vocals in a few weeks. Teddy P’s vocal on ‘If U Don’t Know Me By Now’ is one of my favourite vocal performances ever, there is no song superior to ‘it.

Sadly, Teddy Pendergrass had a tragic car accident that resulted in his legs being amputated so then Kool And The Gang, upon hearing Michael M’s and my recording of  “In Your Eyes”, decided to record that track for their greatest hits album. As this was the only new track on Kool And The Gang’s Greatest Hits album, it was slated to be the first single. But the late Michael Masser, (crazy as he was brilliant, known by hit songwriters like me as ‘Michael Massacre)’, got in a huge fight with Kool and the G’s musical director. as a result, they dropped the song from their album.”

Then George Benson heard K and the Gang’s version, and recorded it immediately, titling his album, ‘In Your Eyes’. He had a huge international hit with our song, in many countries, far bigger than ‘Sometimes, and it continues to generate as many royalties as “Sometimes”.’ George B also included ‘In Your Eyes’ on at least 8 Greatest Hits albums. then Jeffrey Osborne cut the same track in 1986 and it hit the U.S. R & B charts and was yet another huge AC smash, selling millions and millions of albums”

Equally important for Hill, was the business tips he picked up from his legendary tutors. “Barry Mann taught me that having a hit song was like owning stocks or having oil wells. Hit songs continue to generate money, you don’t have to do anything at all. That’s when the lights went on in my head.”

Despite receiving publishing offers from the likes of Harry Belafonte and Jose Feliciano, Hill was savvy enough to retain his own publishing rights and instead signed a management deal in July 1975 with Bernie Fiedler and Bernie Finklestein, owners of Canada’s True North Records, which included a roster containing Bruce Cockburn and Murray McLauchlan (but he never recorded for that label due to his prior contract with GRT).

By 1982, Hill had decided to shelve his recording career and concentrate on writing material for other performers. “I said to myself, enough of this crap, I could have retired at the age of 28,” he noted. “When I wrote with Michael Masser, we had hit songs with George Benson, Kool And The Gang and Jeffrey Osbourne which made me millions of dollars. So I thought, why should I go through being an artist when I was eviscerated by mainstream critics but at the same time they were raving about George Benson singing one of my songs (In Your Eyes)”?

It was George Benson who convinced Hill that he still had the talent to crack the charts on his own merit and he did have a hit breakthrough in 1987 with his duet with Vonda Shepard on “Can’t We Try” but spent most of the 90’s writing songs for the likes of Britney Spears and the Backstreet Boys chalking up a Grammy for co-producing Celine Dion’s 1996 album “Falling Into You” which featured his song “Seduces Me” to go along with his five Juno Awards.

Hill has continued to write and record, releasing’ Intimate” in 2009 but it was the frightening spectre of watching television coverage of the death of George Floyd on May 20th, 2020 which prompted a series of new songs with are featured on his new album On The Other Side Of Here. 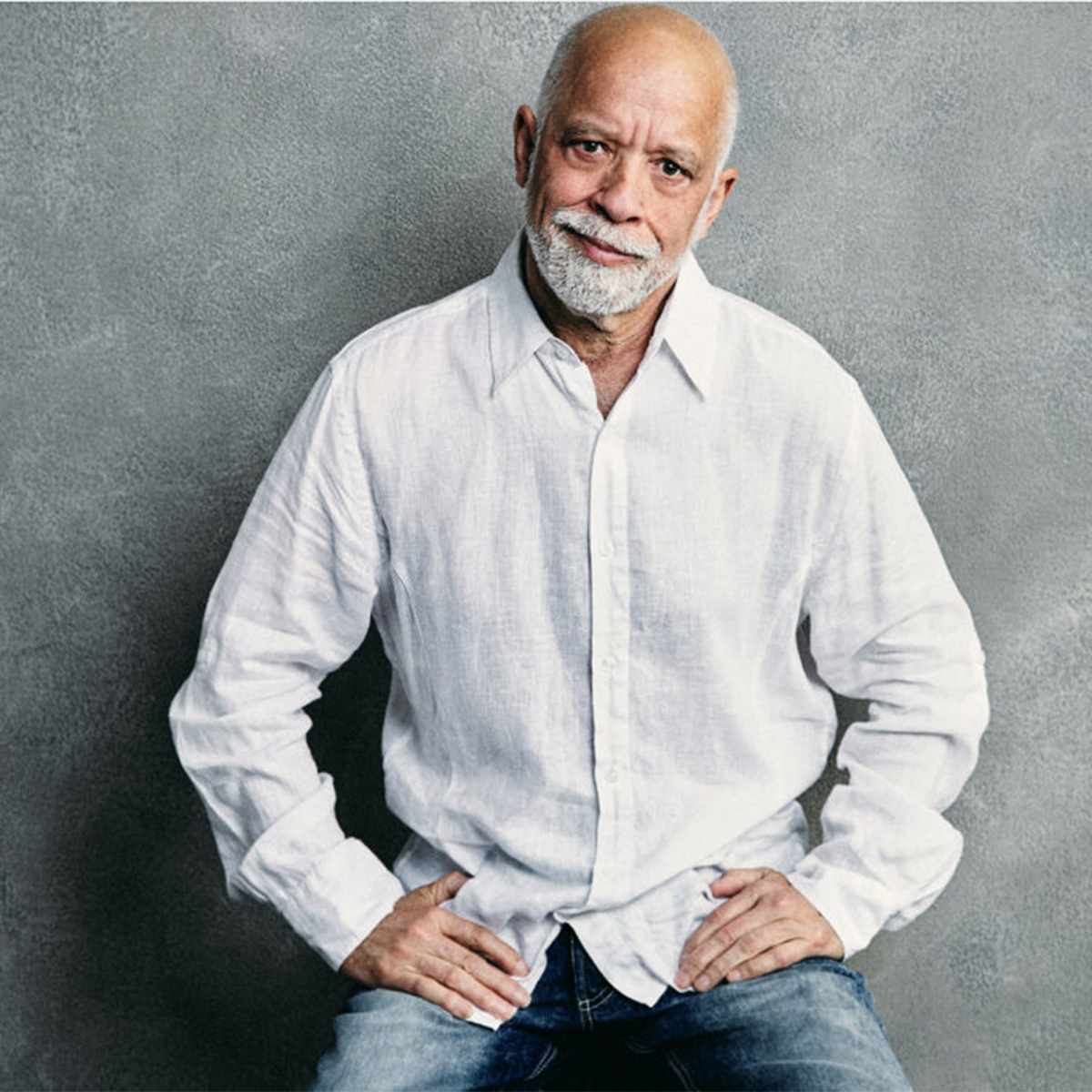 “My voice is as good as it’s ever been, my playing is better and my songwriting is really focused,” noted Hill. “After writing ‘What About Black Lives’, I wrote 12 more songs last March and thought it would be a good thing to record them.”

In total, Hill’s new album (co-produced by Anthony Vanderburgh for Sun+Sky Entertainment) features 16 tracks including “What About Black Lives?”, a powerful title track and a very emotional song about his mother Donna, “90 Years Old” who died by an assisted-suicide procedure in Basle, Switzerland in 2018.

“I didn’t make this album thinking that an audience would like it, all I wanted to do was release a record, it was so comforting for me to complete this project. I don’t assume that anyone will relate to it, and if they don’t I’ll just write another book.”