It was May 12th, 2017, McGhee, president of Isotope Music Canada, invited me and an associate Ted Van Boort along with an impressive gathering of music industry types to the opening of his expanded Isotope Music Vinyl and CD pressing plant located in Burlington Ontario.

The soiree was staged to celebrate Scott Helman’s CD and vinyl release of his Hotel de Ville record rolling off the presses that day and Helman was present at the plant to personally press buttons to actually manufacture his own record. He would later join forces with local boy Tim Hicks to stage a brief concert performance.

Glasgow, Scotland native McGhee was naturally proud of that facility which he had developed in a few short years to become Canada’s biggest manufacturer and distributor of vinyl, CD’s and rock merchandise. McGhee still performed as lead vocalist with Brighton Rock (they had just staged a sell-out show at Hamilton Place) but his entrepreneurial endeavours prevented a full-scale band revival. 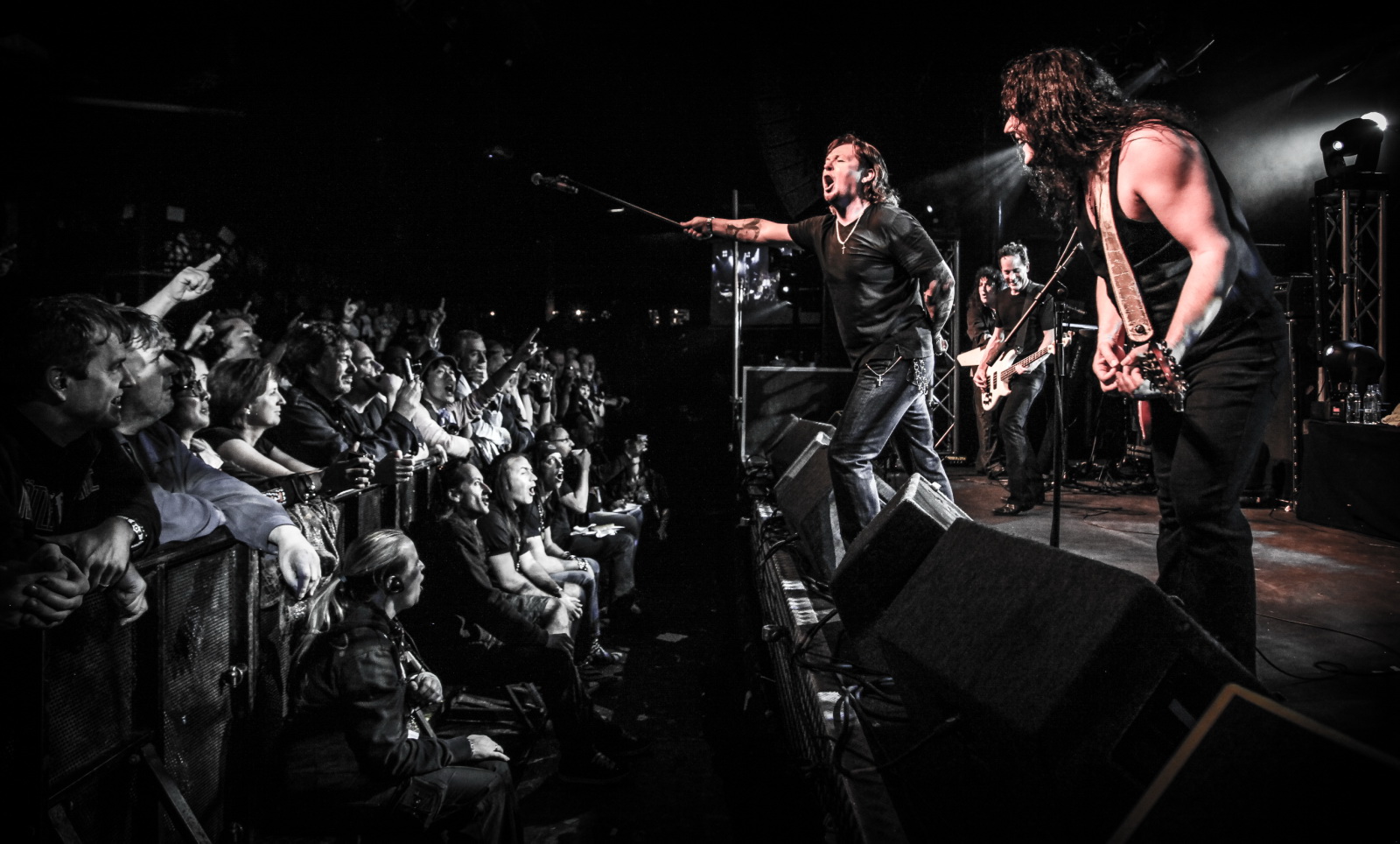 Managed by Steve Prendergast, Brighton Rock joined another Niagara Falls’ band, Honeymoon Suite on WEA Canada with a 1986 ‘Young Wild And Free’ debut which spawned two hit singles; “Can’t Wait For The Night” and “We Came To Rock” replacing Victor with Johnny Rogers in the process. Their second album in 1988, “Take A Deep Breath sold 700,000 records domestically, however, Rogers was replaced by a second guitarist Greg Boileau before recording their third album, the 1991 `Love Machine’. But when ‘Love Machine’ failed to take off in the States, the band folded in 1992 with Fraser joining fellow Canadian rockers Helix and McGhee found himself (unsuccessfully) auditioning to replace Vince Neill in Motley Crue.

Brighton Rock regrouped a few times, releasing `A Room For Five Live’ release in 2002 and appearing at a 2008 charity concert at Toronto’s Phoenix Club as a fundraiser for Coney Hatch lead vocalist Carl Dixon who had been seriously injured in an Australian car crash. They even performed at the Firefest Festival in Nottingham England in October 2012 and release a video and single cover of Kiss track “Creatures Of The Night in 2013.

But as the music industry’s record sales collapsed, McGhee found a profitable business, manufacturing CD’s and Vinyl recordings throughout the world, even opening a second operation in Slough, UK, which seriously affected his ability to perform with the band.

McGhee leaves behind his wife Carla and two daughters.